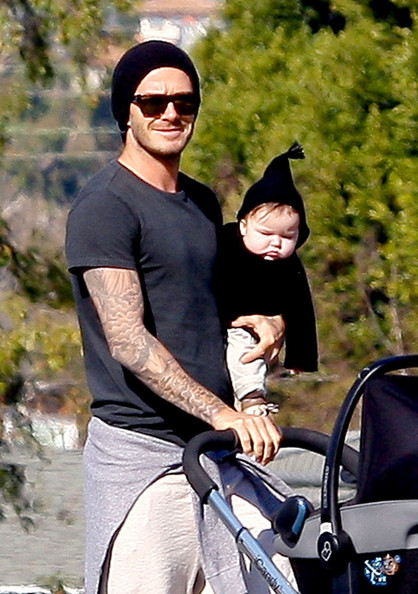 David & Victoria Beckham were spotted attending their son Romeo’s soccer game with their three other children, Cruz, Brooklyn and 5-month-old Harper in Santa Monica, Ca on Saturday.   David was all smiles as he doted on Harper who looked adorable in a sweater with a pointy hat.  During the game, Brooklyn gave his parents a break to watch Romeo play and held Harper on the sidelines.

Victoria Beckham has admitted she craved animals during her pregnancy and constantly bugged husband Beckham to buy a new animal.

“When I was pregnant, I just wanted to get lots of animals for some reason,” she told ELLE Magazine.