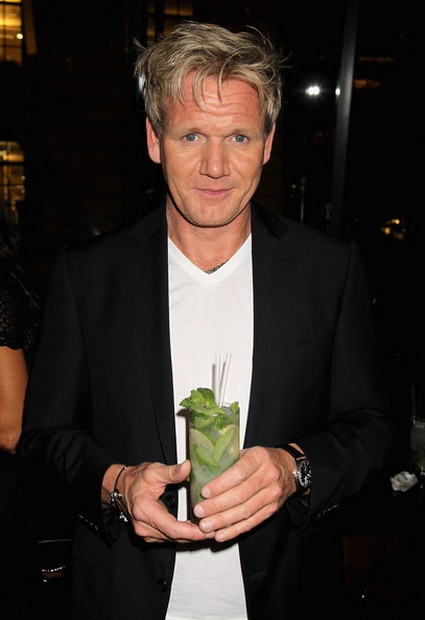 Gordon Ramsay has a special present for his friends David Beckham and Victoria Beckham.  He created them a cooking guide he created especially for them for Christmas!

Gordon and his wife Tana are good friends with the couple and have spent the festive season together several times, but with the celebrity cook committed to hosting a live show on Channel 4 this Christmas Day, he has prepared a series of tips to help his pals enjoy the big day without things going wrong in the kitchen.

A source told the Daily Mirror newspaper: “It’s really sad that the two families can’t spend Christmas together this year, not least because having Gordon oversee things in the kitchen always resulted in an incredible meal. Him and David have been talking about what they are going to do without him – so Gordon has drawn up a few pointers for them and it’s gone down a storm.  There was talk of Gordon, Tana and their kids being able to make it but it will be just too tight timings-wise. It’s a shame as both families get on famously. Still, Gordon has given them some pointers so they will be in good hands.”

He has said: “It’s quite a chore with one person at the helm but they’re all very good at multi-tasking and I’m very good at delegating.  There are no lazy fingers.   Whether it’s Victoria doing the roast or David carving the turkey or Tana making the sauce or me doing the Christmas pudding, we all help each other.”

At the weekend, David and Victoria flew from their Los Angeles home back to England for a two-week festive break with their children, Brooklyn, 12, Romeo, nine, six-year-old Cruz and five-month-old Harper.