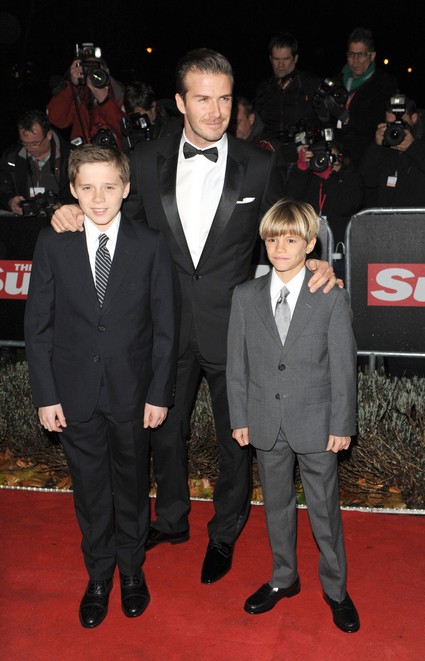 David acted like the proud daddy posing with his arms around Booklyn, 12, and nine-year-old Romeo, before eventually getting them into the event and  the photographs.

Family friends Gordon and Tana Ramsay also attended the event, both families are very close and they have spent the festive season together several times. Gordon recently revealed for Christmas he made the Beckham family a cookbook.

Meanwhile the Beckham family is back in London for two weeks for the holidays.