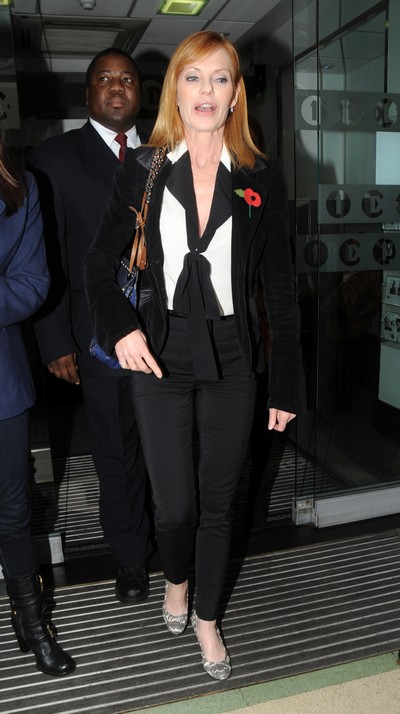 CSI Star Marg Helgenberger regrets calling Justin Bieber a  “kind of a brat” after his stint on the show, insisting her comments were made during a “silly” interview.

Justin signed on to star in the TV drama as troubled teen Jason McCann last year, and was asked back for a second episode earlier this year.  Helgenberger shot one scene with the teen idol, but she was unimpressed with his behaviour, telling a French radio show, “He never acted before. I mean, I shouldn’t be saying this but he was kind of a brat. He locked one of the producers in the closet, (and) he put his fist through a cake that was on the cafeteria table.”

But the actress admits her remarks were inappropriate and she regrets speaking out about Bieber’s on-set antics.

She tells BBC’s Newsbeat, “Justin – there was one little scene in which we were together. Actually, he was really sweet to me.  Comments I made at one point, I regret saying them – not that they weren’t true, I said it as part of the interview, being sort of silly. I think he’s a very talented kid.”

I don’t know about you but it looks like Marg was read the riot act and told to retract her statements.  What do you think, was Justin just being a normal bratty teenager or was Marg exaggerating.  Sound out in the comments below!

Hilary Duff Glows As Her Bump Begins To Grow

Jessica Simpson Shows Off Her Bump In A New Dress