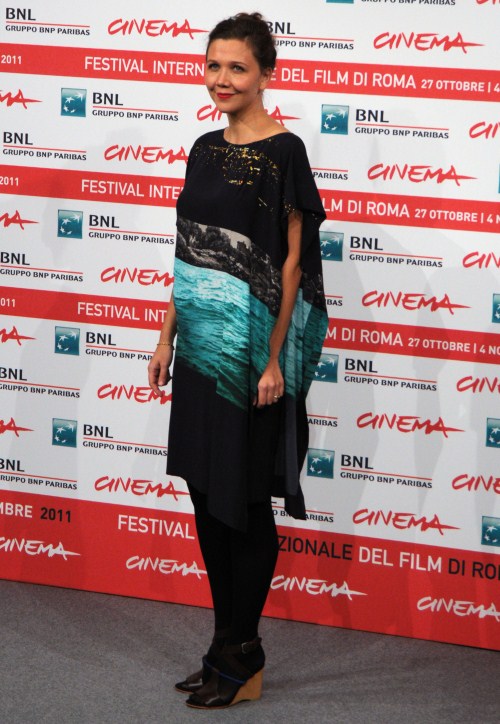 According to Life & Style, Maggie Gyllenhaal and her husband, Peter Sarsgaard, are expecting their second child together.

“Over Thanksgiving weekend, Maggie was telling friends that she’s six months pregnant,” a friend  tells. “Her bump is so big!”

While the actress hasn’t publicly confirmed her second child, the friend tells that Maggie is over the moon.

“She’s thrilled to be pregnant! She and Peter have wanted another child for a while,” says the friend. “They’re very happy that they’ll have another baby in the house soon.”

Maggie’s little brother, Jake Gyllenhaal, is said to be ecstatic about the news, too!

“Jake is so happy that she’s pregnant again because he loves kids,” says the friend. “Maggie’s said that he’s the best uncle and has done a lot of sweet things for her first child.”

Maggie and Peter are already parents to 5-year-old daughter Ramona.

Jessica Simpson Bundles Up In The Big Apple