Soleil Moon Frye Takes Her Daughters To The Pumpkin Patch 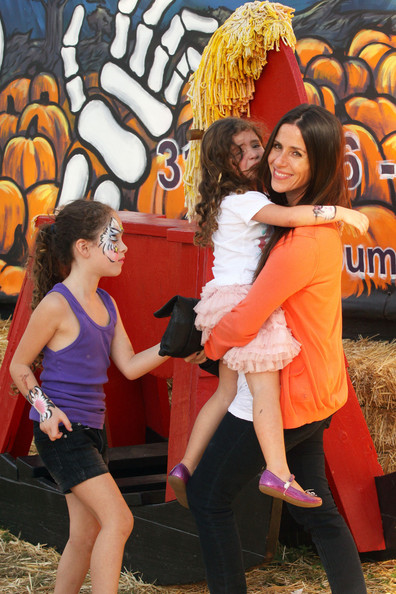 Soleil Moon Frye was spotted spending quality time with her daughters Jagger and Poet, at Mr Bones Pumpkin Patch in Los Angeles on Friday. The girls enjoyed choosing a pumpkin while Frye pulled them a long in a cart.  Poet had her face and arm painted. Jagger only had her arm painted.

Frye recently revealed that she struggled with self-doubt after becoming a mother.  She admitted she became more comfortable with her role as a parent after sharing her trials and tribulations with fans via social networking sites.

“It’s so funny, as a new mom I had so many questions and I literally was like, ‘Am I living in a parallel universe?’ My house is so crazy and chaotic and full of life and love and total messiness.

“I started sharing through Twitter and Facebook, telling my wacky stories – whether it was the fact that I came home and there were chocolate sprinkles all over the floor or my kids telling me they had done a beautiful piece of art and finding they had painted all over the walls.”

“I started sharing and I found I wasn’t alone; millions are also living this happy life. It really evolved from a place as a mom in the trenches that had a lot of questions and wanted to share.”

Alyssa Milano Has Started An Art Collection For Son