Orlando Bloom Joins His Son Flynn In The Big Apple 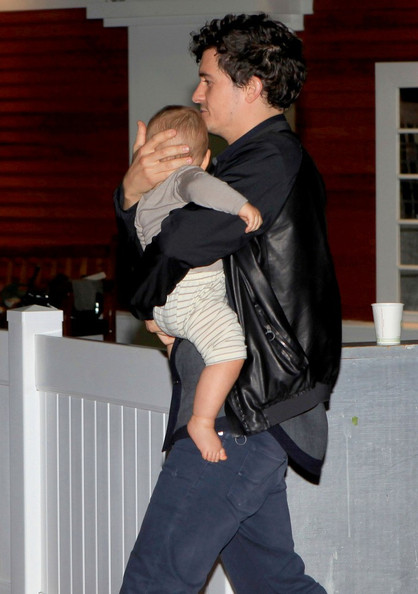 Orlando Bloom has joined wife Miranda Kerr and son Flynn in New York City after promoting his new movie,  The Three Musketeers. Bloom was seen with Flynn leaving  leaving Pier 59 Digital Studios on Thursday. He shielded bloom from photogs as they entered a waiting car.

Bloom recently revealed that his son Flynn is quite the jet-setter.

“I’m very lucky, I’ve got a great kid and he’s pocket-sized, travels with us,” he said.

“Probably the most jet-set kid in the world.”