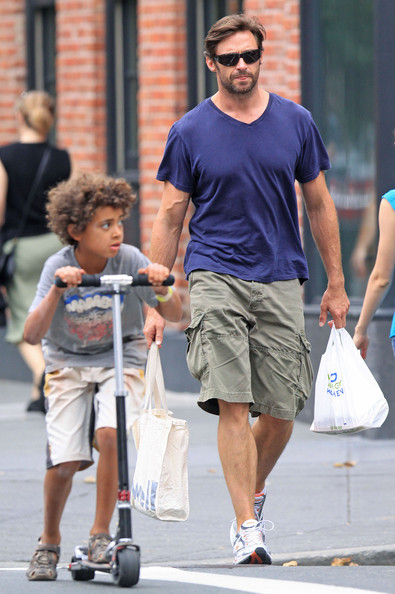 Hugh Jackman’s son Oscar hates sports. Jackman admits he was initially disappointed because he is a huge sports buff.

“I’m a huge sports fan so with my first son, I thought, ‘This is going to be awesome’,” says Hugh.

Jackman says it has made embrace the interests of his children rather than forcing them to like the things he does.

“I found myself at more museums, looking through geological books. My son knows the name of every tree that you would ever see — the scientific name as well as its real name. We dig through the dirt. I can tell you things about histories and cultures and tribal history that I never thought that I would’ve known. So, really it’s about listening to your kid and connecting with them rather than forcing them to like the things that you like.”

Robin Thicke Goes To The Pumpkin Patch With Family