Hilary Duff Feels Like An Alien Has Taken Over Her Body 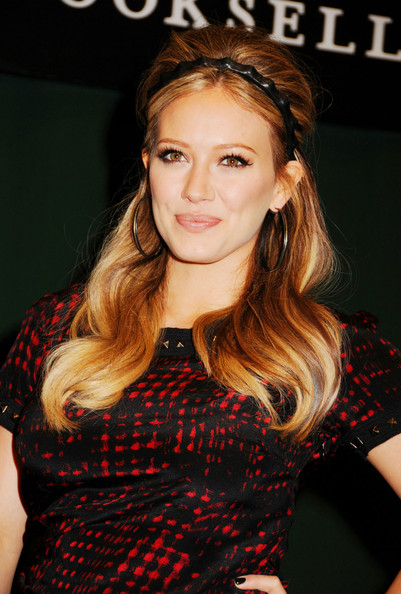 Hilary Duff who is expecting her first child with husband Mike Comrie says she feels good being pregnant but admits she sometimes feels ”like an alien has taken over” her body.

“I feel really good. It’s been pretty easy, and I haven’t gotten sick at all, and I don’t have too many cravings. It’s so different. It’s literally like an alien has taken over your body. One day I’ll have a good day, and one day I’ll have a bad day, and it kinda goes like that.”

Duff wants to find out the sex of her baby, but is waiting till her all her family can be with her.

“I can already find out, but I want my mom and my sister to be there, but they’ve both been out of town. When they are both in the same city and we’re all there, then we’ll find out.

“I’m going crazy! Pregnancy is kind of boring. There’s not too much you can do, so those dates are very important to you, so you count down.”

Even though she has not found out the sex of the baby yet, Duff feels like she is having a baby boy.

“Everyone else says it’s a girl, but I think it’s a boy. I’d be happy with a girl, but my sister’s like, ‘You can’t keep saying that, because then when it’s a girl, everyone’s gonna be like, ‘You really wanted a boy!’ I don’t care what I get, but every time I think about it or dream about it, I see a boy.”

Duff and Comrie are still trying to decide on a baby’s name.

She explained: “If we give the baby kind of a unique name, we need to give it a normal middle name in case it hates it and wants to like fit in better and then maybe we just need to go totally traditional. We’re like, ‘How can we be naming it before we even see it?’ There’s so much to think about!”

Beyonce’s Baby is Due in February