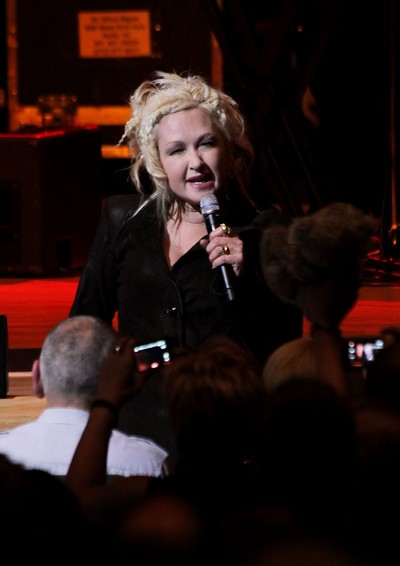 Cyndi Lauper, 58,  thinks people who discriminate against their children because they are gay are “ripping out a piece of” their “own soul”.

Cyndi has started the Give a Damn Campaign, which aims to provide shelter to homeless young members of the Lesbian, Gay, Bisexual and Transgender (LGBT) community, and is hoping to spread a message of diversity and acceptance.

She wrote in a blog for the Huffington Post: “As a mother, I could never imagine throwing my kid away for any reason, let alone over something like their sexual orientation or gender identity. It would be like ripping out a piece of my very own soul.

“For far too long, dogma and fear have torn apart too many families. It is a time when the heart must lead the way when your child shares this personal and life-changing moment with you.”

Last month, Cyndi opened The True Colors Residence – named after her 1986 hit single – which offers accommodation for young people who have been forced onto the streets by their disapproving families, but warns there is still a long way for the campaign to go.

She added: “[The True Colors Residence] is the first permanent housing facility in New York state specifically for gay, lesbian, bisexual and transgender youth ages 18 to 24.

“Here in New York City, as is the case in most cities around the country, there are not enough resources to help these young people. On any given night, approximately 3,800 young people are living on the streets of the Big Apple, yet there are not even enough shelters and transitional living beds to house 10 percent of them.

“Most of those beds are funded by the city and operated by incredible organisations that are stretched to their limit, but they cannot do it alone.”

The True Colors Residence, in the Harlem district of New York, took two years to build and Cyndi will serve as an honorary chair of the board of directors.

She added: “I started the Give a Damn Campaign last year in part to educate straight people about this issue and to help gay and transgender people use the information to spread the message. I encourage you to read up on it today and learn more as a first step.”

Hilary Duff Feels Like An Alien Has Taken Over Her Body