Tori Spelling Pampers Her Pregnant Self 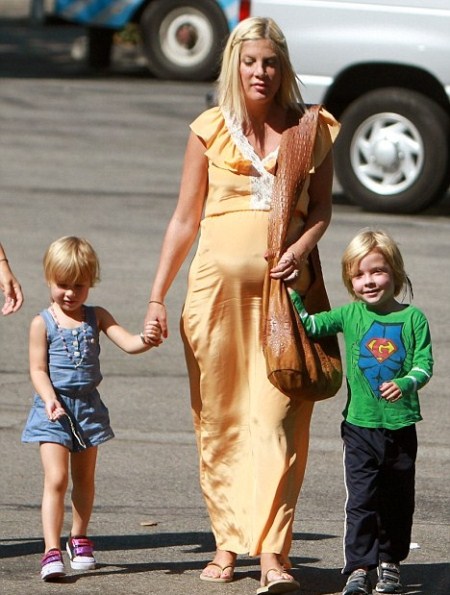 Pregnant Tori Spelling spent a relaxing day with her children while pampering herself on Friday.  She took her two children, Stella and Liam to lunch and then stopped by a nail salon in Malibu.  At the nail salon, she had a pedicure and manicure which took about two-and-half hours.  Spelling had her two nannies take care of her children while being pampered.

Spelling recently revealed that she enjoys herself while pregnant and doesn’t worry to much about calories:

‘I eat everything when I’m pregnant,’ she said. ‘Who cares about carbs when you’re pregnant?’

Spelling is due to give birth next month. 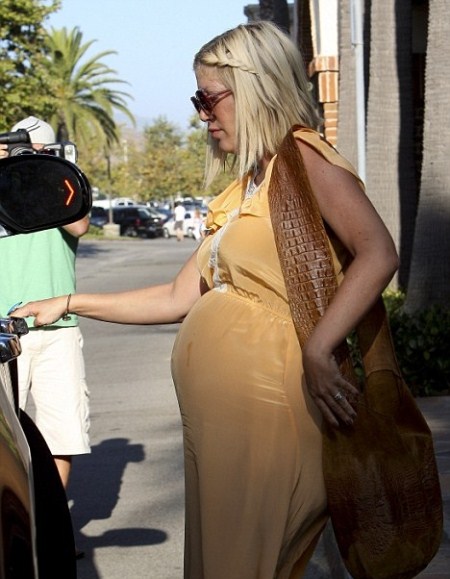