Tori Spelling Is Happy and Sad 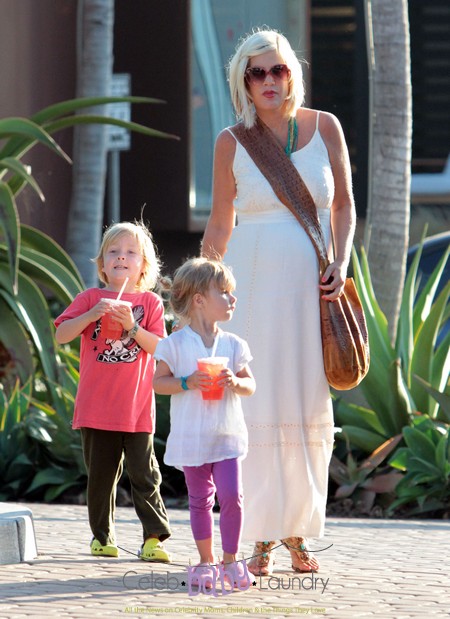 Tori Spelling is looking forward to having her third child, but is also sad her pregnancy is coming to an end.

“I have mixed emotions. Now that it’s so far along, I’m over the hump … I’m excited to be there, to meet the baby, to not feel this way anymore, but I’m also a little sad,” she told.

“We think we want more kids, but you never know what the possibility of that is … and it’s such an amazing experience that women are so privileged to be able to go through.”

“When we found out [we were expecting again], we were like, ‘Wahoo! Maybe we’ll have another one!‘ And then shortly after that I got so sick and I was like, ‘I’m definitely not having another one!’

“We have a name picked out if it’s a boy.

“We’ve been thinking of both names, and the name that we have picked out if it’s a boy is actually a name that we were going to use before we knew what Stella was, and would have used if she had been a boy.”

Beyonce and Jay-Z Expecting a Girl?