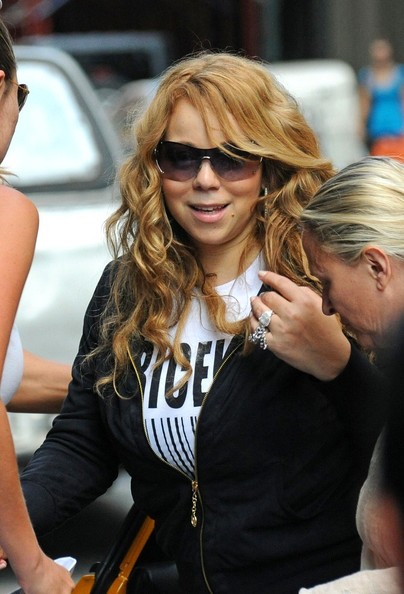 Mariah Carey’s husband Nick Cannon claims she is working hard to get her pre-baby body back. Carey gave birth to twins Moroccan Scott and Monroe 4 months ago.

“She’s so focused right now on every aspect. She’s going to come back and knock out the world,” he told Wednesday at the America’s Got Talent finale in L.A. “She’s getting in shape.”

Cannon says wife Carey worked hard to get her post-baby where she wants it to be. “At two months she was walking around in a bathing suit,” he said. “Every day she’s just killing it. I personally think she’s going to come out looking better — looking like it’s 1990! I think that’s what she’s aiming for, and I think she’ll reach that goal.”

Beyonce and Jay-Z Have Spent $1 Million On Unborn Child

Salma Hayek and Francois-Henri Pinault Vacation With Daughter in Venice