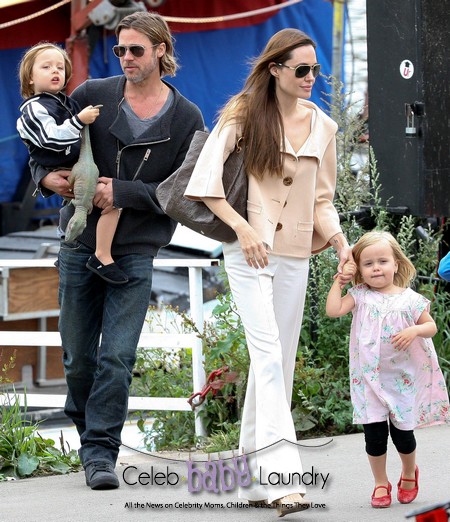 Brad Pitt has revealed he and Angelina Jolie sold the first photographs of their baby twins to a news outlet to ensure the paparazzi didn’t profit from snaps of the newborns.

Pitt admits the couple simply wanted to remain in control of the way their newborns were introduced to the public.

“It’s a very strange thing to be selling photos of something that’s very intimate and personal,” he said. “And those of which you want to protect.

“We have to plan an escape every day just to get out of the house — kind of a Mission Impossible with decoys, and that’s the life we live in, and that’s the one we asked for.

“But we knew there was a bounty on our head… and we know the lengths they (the paparazzi) go to to get that shot. So we figured, ‘Let’s cut it off in the beginning,’ and instead of that money going to people I do not respect, we would make some good out of it.”

The the pictures of Vivienne and Knox who were born in 2008 sold for a reported $14 million.

Sting Unsure Whether Or Not He Is A Good Dad

Gisele Bundchen And Son Have Fun By The River