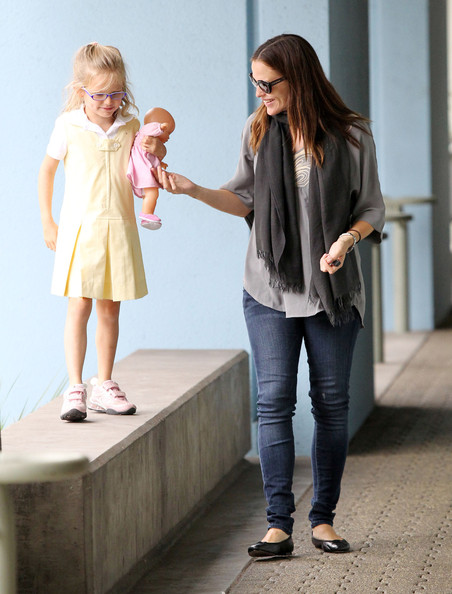 Pregnant Jennifer Garner picked up her eldest daughter Violet Affleck from school in Santa Monica, California on Monday. The two looked happy as Violet walked next to Garner and held a doll.  At one point, Violet dropped her doll and its shoes fell off, but Garner immediately helped picked them up.

It was recently reported that Garner will produce a comedy show called Cartoon Cartoon Marriage. The show is based on the book by Michael Maslin and Liza Donnelly. It will be centred on a cartooning couple from New York, who see life from each other’s perspectives.

Life According To Me, With a 2 Month Old Baby

Britney Spears Believes Her Kids Will Be Performers