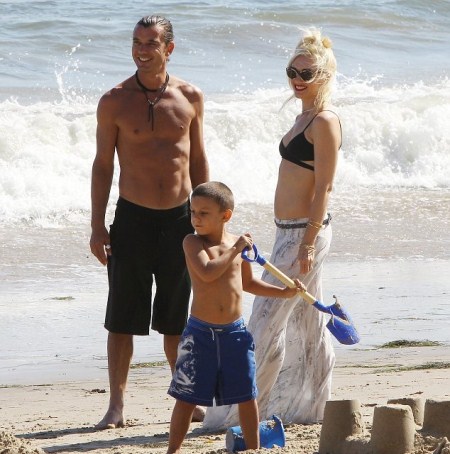 Gwen Stefani and Gavin Rossdale’s children are following in their musical footsteps, with Kingston playing the drums and Zuma ”jamming” with his Bush rocker dad on the guitar.

“Kingston still likes the drums, but he’s into everything now. He’s always busy doing things. We’re just trying to give them lots of opportunities.” Rossdale told.

“Zuma is really into the guitar. If I’m playing he’ll come and jam with me – he’ll sit with me, it’s really fun. He moves his hands up and down. His positioning and charisma are amazing. He’s so relaxed, looks great and he’s three!”

Rossdale  also revealed his sons have had an influence on his own music, with him recording an album at Kingston Sound Studios and releasing an imprint of Bush’s ‘The Sea of Memories’ on Zuma Rock Records.

Gavin explained to People magazine: “I wasn’t really sure about it, and I asked around my house, ‘Is that weird?’And it was like, ‘No, that’s cool, do it.’ I couldn’t do anything involving them without making a joint decision. I’ve learned some things and that’s one of them!”