Alyssa Milano Says She’s ‘Not Over Due’ 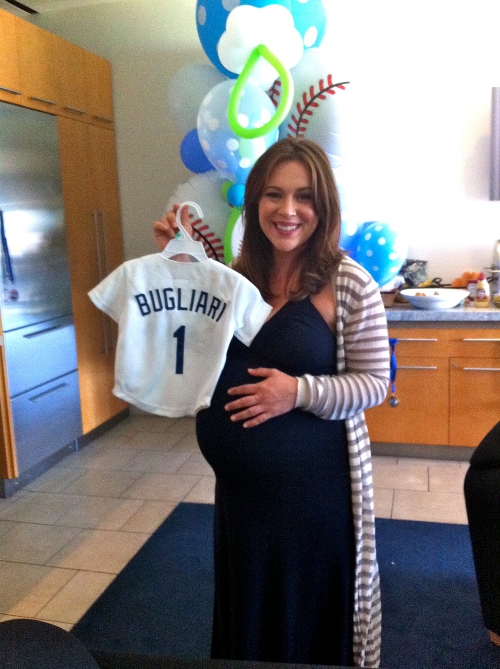 Pregnant Alyssa Milano would like to let everyone out there know that she is NOT overdue. Alyssa Milano has been keeping the world up to date with her pregnancy via a frequently updated Twitter. She has quite the sense of humor, and she Tweets A LOT.

When asked by someone “How you gonna cope during labour when you can’t tweet?! ;-),” Alyssa replied with, “Who says I can’t tweet during labor?”

And you know what, I wouldn’t put it passed this hilarious celeb to have her phone and Twitter account in hand as she maneuvers the lands of labor. Commenting on the rumors that she’s over due, she tweets: “Guys, I’m not over due… Not even close. I’m normal amounts of pregnant. Patience. Let the little dude do what he needs to do. Patience. :)”

He’ll come when he comes, people. He hasn’t even been born yet and already the media is badgering him LOL. The above picture is of Alyssa at her baby shower, which she also posted on Twitter and her website. If I had an Awesome-Celeb-Twitterer crown I’d award it to Alyssa. Hands down.