Rebecca Gayheart Is Pregnant With Her Second Child 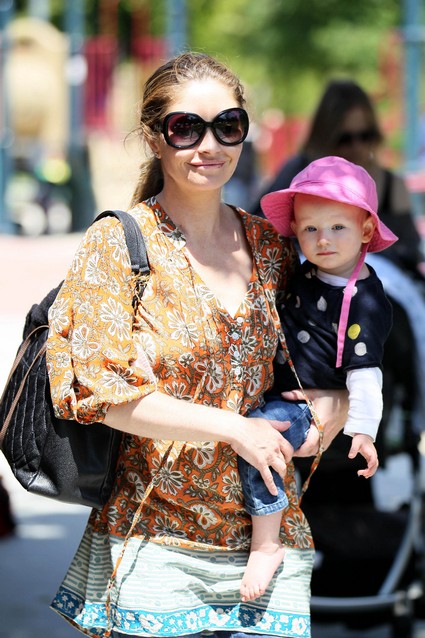 Former Beverly Hills, 90210 star Rebecca Gayheart, 39, will give birth later this year (11), according to Life & Style magazine.   The actress has been spotted sporting what looks like a baby bump in recent weeks, but opted not to open up about her baby news. She and husband Eric Dane became first-time parents last year when baby daughter Billie Beatrice was born.

Ironically, the model who was caught naked, bathing with Gayheart in a headline-grabbing 2009 home video, shot by Dane, is also reportedly pregnant. Kari Anne Peniche‘s husband Justin Williams announced the news in divorce papers, filed in Los Angeles earlier this week. Williams is unsure if the baby his estranged wife is carrying is his – and he is asking a judge to order a DNA test to determine if the unborn child is “a child of the marriage”.

Congrats To Rebecca and Eric!