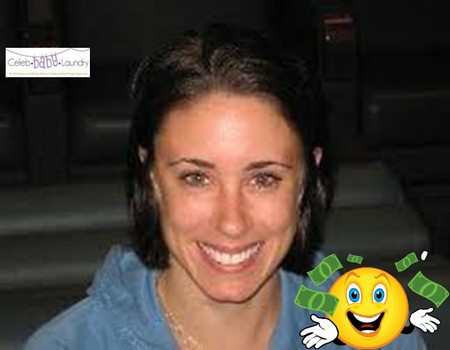 There was no justice for poor Caylee Anthony when her mother Casey Anthony was found not guilty of murder.  Now in a disgraceful move The Jerry Springer Show has offered Casey Anthony $1 Million dollars for an interview.  If she accepts the money her parents and her brother have to appear on the show with her.  Shame on The Jerry Springer Show!  Are what they perceive to be a great ratings coup more important than not seeing that this women profit from the death of her daughter? I guess so!  I for one am boycotting this show and never watching it again!

Even Vivid Entertainment after seeing all the public backlash when she was found not guilty withdrew their offer to her.

Radar online has more:  “The offer was made to Casey’s legal team on Friday morning, Star learned exclusively and it will be passed on to Casey and her family for consideration.A source said:  “The offer was made to Casey’s defense team Friday. They are interested. The show would get huge ratings. The family will be presented with the offer shortly.”

This whole thing disgusts me!  How can anyone offer a women who most likely murdered her three year old daughter money for an interview.  What has the world and the media come to when a person commits a heinous crime and then she is pursued for an interview.  What messages does this send to people?   Do something bad and profit from it!  Ughh,  I am speechless…  What do you think?  Celeb Baby Laundry wants to know in our poll below!

Rebecca Gayheart Is Pregnant With Her Second Child