David Beckham Wears His Children On His Shoes 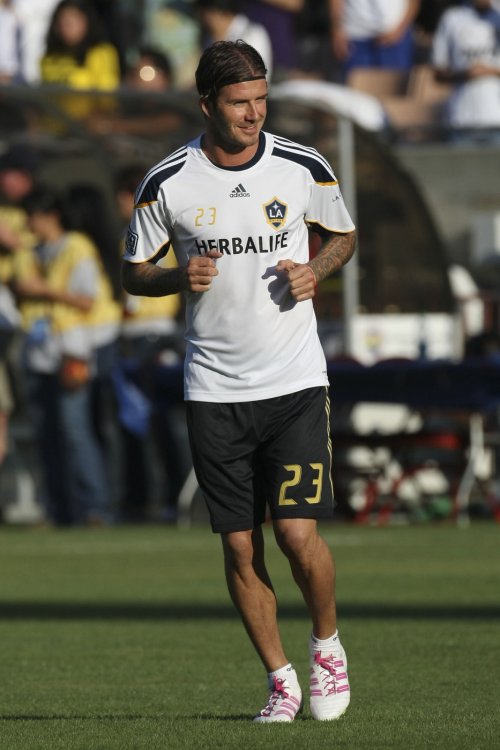 David Beckham embraced his fatherhood this weekend by strapping his children to his soccer cleats . . . Okay, so he didn’t LITERALLY strap his four children to his shoes, but all four of his children’s names were written across a special pair of pink-and-white cleats. In case you’ve forgotten, he and Victoria’s children are named: Brooklyn, Romeo, Cruz and Harper, their newborn baby girl.

The soccer star wore them proudly as he joined his L.A. Galaxy crew on the field and maintained a certain bounce in his step that could only belong to a proud father.

And he’s not the only one giddy about the birth of his new baby girl. Victoria Beckham recently tweeted: “Baby Harper is the most beautiful baby girl I have ever seen . . . We all feel so blessed. The boys love their baby sister so much.”

Glad to hear the fam is doing well with its new creatively named baby girl Harper Seven. It’s the whole “Seven” thing that’s throwin’ me for a loop LOL.

Kate Hudson Seeks Baby Nurse in Order to Get Sleep