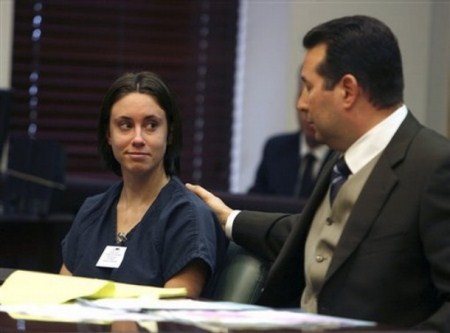 Casey Anthony was sentenced to four years in prison today with fines totaling $4,000 for providing false information to law enforcement officials.  However, Casey could be granted her freedom as early as next month.

Judge Perry said Casey would get credit for time she already served in prison (over two years) and also for good behavior, but he called for a recess to determine how much time that would be.

She could get out of prison in late July or early August.

UPDATE:  Casey Anthony will be released from jail on July 13th.

Angelina Jolie and Her Kids Love To Bowl