Jury Member From The Casey Anthony Trial Speaks Out 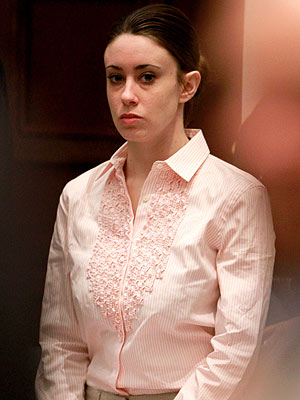 After the verdict on the Casey Anthony trial came out, all of the jury members remained silent and would not talk to the media. The reasoning probably had to do with the fact that they didn’t want to be harassed after the controversial decision.

Now Jennifer Ford, a member of the jury, is opening up to the media. She is the first juror to speak out.

“I did not say she was innocent,” Jennifer told ABC News

“I just said there was not enough evidence. If you cannot prove what the crime was, you cannot determine what the punishment should be.”

“Everyone wonders why we didn’t speak to the media right away. It was because we were sick to our stomach to get that verdict. We were crying, and not just the women. We weren’t ready [to comment]. We wanted to do it with integrity and not contribute to the sensationalism of the trial.”

While the case was quite depressing and heartbreaking, Jennifer claims to have enjoyed her time on the jury, mostly due to the people she met.

“They picked a great bunch of people, such high integrity. And there was high morale. We all joked. We are like a big group of cousins.”