Victoria and David Beckham Ask Eva Longoria to Be Godmother 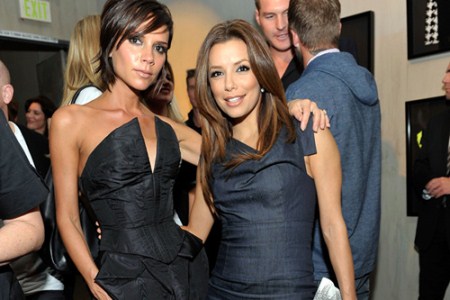 Victoria and David Beckham have reportedly asked Eva Longoria to be the godmother of their unborn child.  “Victoria ran it past David and they both want Eva,” a source. “She’s extremely honoured.”

Longoria has been a long time friend of Victoria’s. In the past, Longoria has described Victoria as a, “great friend” and claimed she is, “ very loyal and very, very funny. Everyone loves her.”

The Beckham’s also considered celebrity couples, Gordon and Tana Ramsay and Heidi Klum and husband Seal. Elton John and Liz Hurley are godparents to both Brooklyn and Romeo Beckham.

This will be the Beckham’s fourth child.  Rumor is Victoria will deliver via caesarean section on July 4.

Michael Douglas and Catherine Zeta-Jones With Their Children