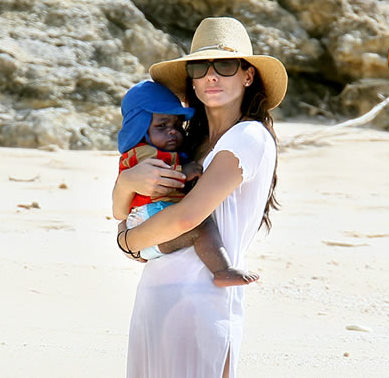 Sandra Bullock wants her son to be fluent in French, English and German.  She is set to enroll 18-month-old Louis at Le Lycee Francais school when he is old enough.

“Sandra is desperate for Louis to be multilingual,” a source said. “Sandra wants the best for Louis and she believes this will give him an advantage later in life.”

“She thinks their curriculum is much better than at other schools. It also helps that they have schools in New York, Los Angeles and other major cities throughout the world so she can work and take him everywhere she goes,” said the source.

“But Sandra can’t enrol Louis in the pre-school until he is three so in the meantime, she is looking to hire a French-speaking nanny.”

Sandra speaks to Louis in her mother’s native tongue, German.

Kate Moss Trying To Get Pregnant