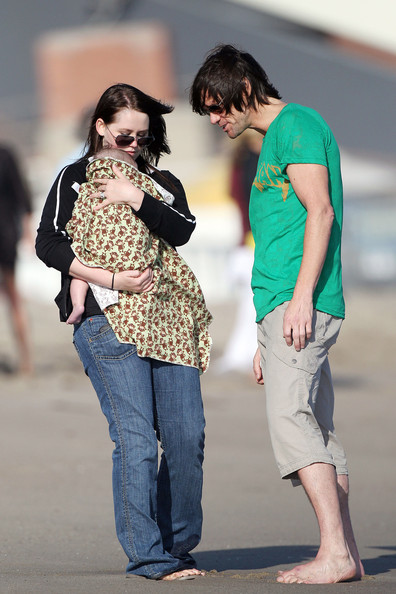 Jim Carrey recently became a proud grandpa for the first time this year. Carrey, who is starring in the upcoming family comedy “Mr. Popper’s Penguins”, sat down to chat about what his 1 year old grandson, Jackson, is like and how he enjoys being a proud grandparent.

“When it happened, oh my gosh, it was just like an explosion of pure bliss.  He is the coolest dude on earth, unless he gets tired and then he’s a marauding maniac… He’s so clued in and we play soccer together and he’s really coordinated, it’s amazing.”

“I’m going, ‘Get him in! Get him in!’   I’m the grandfather that wants to improve him and stuff like that. ‘Start reading to him right now! While he’s playing soccer! He must be a super being!’”

Jim Carrey, 48, has one daughter named Jane Erin Carrey, who is 23 and the mom of Jackson. Jane, along with her husband Alex Santana, welcomed the baby boy on February 26, 2010.