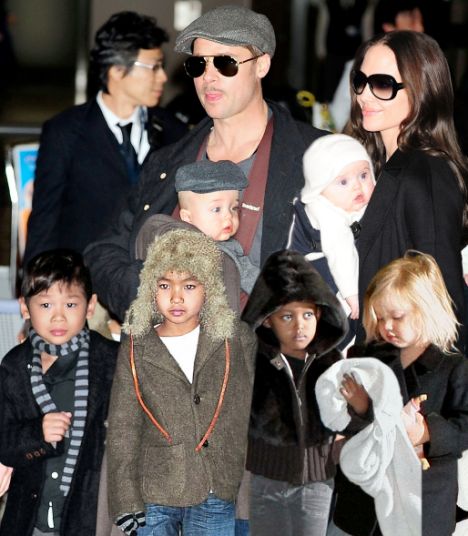 Angelina Jolie has six children: adopted Maddox, nine, Pax, seven, and Zahara, six.   She also has three children with her partner Brad Pitt: Shiloh, five and two-year-old twins Vivienne and Knox.  Angelina said she has not plans for more children right now but does not rule it out sometimes in the future.

She said, “We’re always open if it feels right, but we have a full house  and, at the moment, nothing has become clear to us.  It’s the same, I suppose, as when somebody decides to get pregnant, there’s just a moment where something becomes clear to you and, at the moment, that’s not what we’re discussing.”

Angelina is currently starting in Kung Fu Panda2 and she is promoting it across the country.  The kids are huge fans of the movie so it must be cool to have their mom in it.

Meanwhile Angelina’s long time partner Brad Pitt this week said they were thinking of getting married because the kids really wanted them to and they think it may be time.