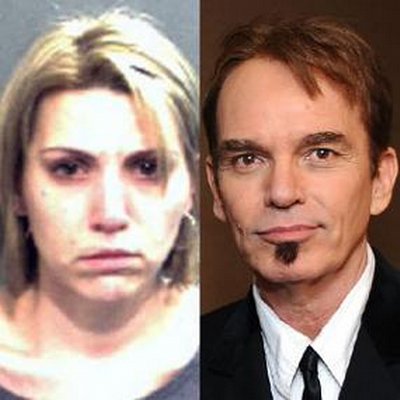 The estranged daughter of Billy Bob Thornton, Amanda Brumfield, had been convicted of aggravated manslaughter in the death of a friend’s baby daughter.

Amanda was found not guilty of first-degree murder and found not guilty of aggravated child abuse.  The verdict was handed down last Friday to Amanda, 32, in the same Orlando, Fla., courthouse where
Casey Anthony is being tried for the murder of her daughter.

Amanda had claimed the death of 1-year-old Olivia Madison Garcia, while in her care as a babysitter one night in October 2008, was an accident and that she had simply fallen a short distance out of a playpen.  An autopsy completed in March concluded that the 28-inch fall could not have caused the three-and-a-half inch fracture found on the girl’s skull and the bleeding and swelling on her brain.

The injury led to a coma and the death of the baby the following day.

Brumfield will be sentenced in July.

Pink Hints That She Gave Birth?

You might also likeMore from author
Billy Bob Thornton