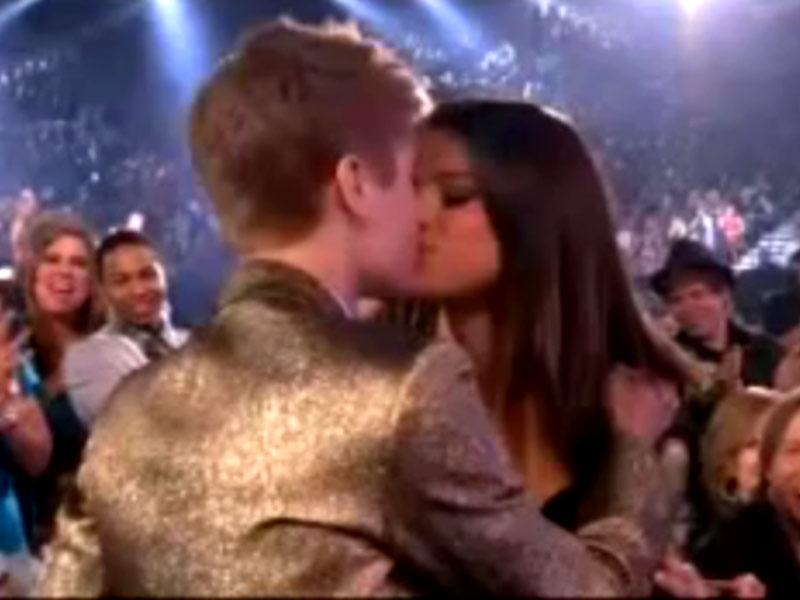 Justin Bieber and Selena Gomez showed some PDA on May 21st at the Billboard Music Awards. The teen couple posed for pics earlier, but Selena was also photographed with her hand on Bieber’s knee. I’m sure thousands of Beliebers were dying to be in Gomez’s red bow heels for the magical night.

Bieber, dressed in a gold blazer, won Top New Artist. When getting up to claim his award, Gomez gave him a big kiss, even though she was sitting next to his mom!  After Bieber tried to pull Selena on stage, he hit the stage solo and thanked his fans, his mom and his swagger coach Ryan Good.

Bieber and Gomez tried covering up their relationship for months and often dodged the topic in interviews. They hit the Vanity Fair Oscars party back in February for the first time coming out as a couple. Now the days of sneaking around in the backs of tour buses are over, and the young couple is completely public.

Bieber and Gomez were both presenters at the show, along with Kylie Minogue, Trey Songz, Scott Weiland and Taylor Swift.