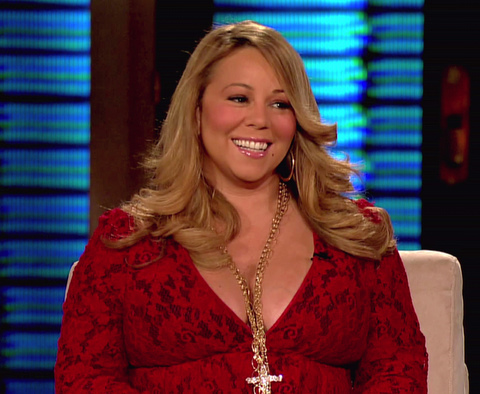 Mariah Carey claims ultrasound scans of her unborn twins show that they already have distinctive personalities.  The 41-year-old singer is due to give birth to a son and daughter in the coming weeks and she and her husband Nick Cannon claim they can already tell which of their parents the babies will take after.

Mariah explained: “You can tell the personalities a bit.  In viewing our ultrasounds, our boy is all ready like Nick, like, ‘Here I am, take my picture or don’t, and our girl is coyly facing the other way, like, ‘No pictures,’ waiting for a proper debut.  “I took some ultrasound footage of them in the womb that I think they’ll definitely find interesting later in life.”

Mariah also spoke of her belief that Nick, 30, will be a wonderful father, revealing he is already devoted to their twins.  She added in an interview with Britain’s OK! magazine: “Nick is so excited about being a father. He already has this natural talent with children, they take to him right away.  He’s so nurturing, loving and fun.”   “He definitely will be a hands-on dad. He already reads stories to my tummy.”

However, Mariah is concerned about Nick’s work load and hopes they can both spend the coming months quietly at home.  She added: “Hopefully Nick will take a bit of time off.  As I like to say, he’s the hardest-working man in showbusiness, so that’s great, but I’m like, ‘Alright already, take a break, stay put.'”  “This is one of the few times in my career I’ve actually taken it easy, sort of.  I am looking forward to spending quality time with the babies and Nick and that’s our plan.”

At least it seems that twins won’t lack for love and attention.  They seem very well appreciated and they are not even born yet!