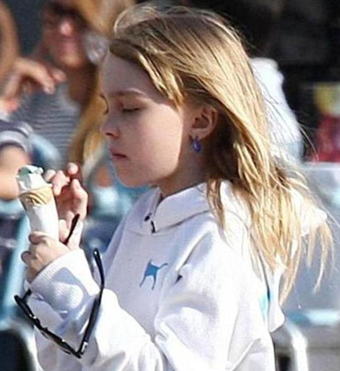 Johnny Depp’s 11 year old daughter Lily-Rose is becoming interested in boys and Justin Bieber is the man on her radar.  Johnny found out that she was a fan of Justin when he told her had had met him.

He revealed: “Unfortunately, Lily Rose is now severely interested in boys. That’s horrible for me as her dad. I recently met Justin Bieber at a press conference. When I told her that, she changed her colour several times. Jack is like me when I was eight. Totally obsessed with World War II.”

Johnny claims his daughter is very talented and is just like her mother Vanessa Paradis when it comes to music.  He said,  “She is almost 12 and she’s incredible mature for her age, almost frightening smart. She writes little poems and I can picture her starting to write her own songs soon. She has the voice of her mother.”

Eva Longoria Wants To Be A Mother