Britney Spears’ Ex Kevin Federline To Be A Father Again 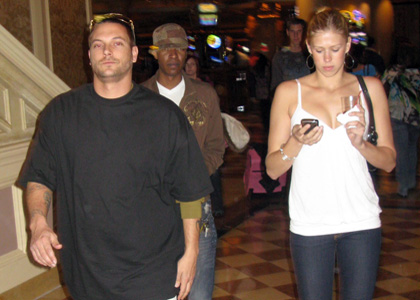 The ex Mr. Britney Spears’, Kevin Federline, 33,  is rumored to be going to be a father again.  Apparently his girlfriend Victoria Prince, 28,  is pregnant with Kevin’s fifth child.  Kevin is already a father of four: sons Jayden, 4, and Preston, 5, with ex-wife Britney Spears; and son Kaleb, 6, and daughter Kori, 8, with ex-girlfriend Shar Jackson.

This will be the first child for Victoria.  Kevin and Victoria have been dating for two years.

Jada Pinkett Smith Lets Her Children Make Their Own Choices

Ryan Phillippe Babysits as Reese Witherpoon Goes On Her Honeymoon