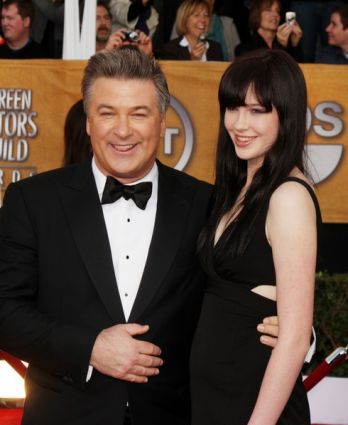 Alec Baldwin and his daughter Ireland are planning a special father/daughter trip, to a very special destination – the Beekman Boys Farm in upstate New York.

Alec was recently seen hanging out with the reality TV farmers Josh Kilmer-Purcell and Brent Ridge while attending a fundraiser for Second Stage Theater at Lucky Strike on 42nd Street in New York.

“Alec told the Beekman Boys that he wanted to take his daughter to visit their farm because it would do them both some good to get out of the city,” a source revealed.  And Purcell and Ridge were overheard telling Baldwin about the benefits of “an honest day’s work on the farm” and provided Alec with an open invitation.

Alec and Ireland’s relationship woes went public after an angry voicemail that the actor left his then 11-year-old daughter was leaked to the press.  He later apologized, blaming the pressure of the bitter custody battle he and his ex-wife, Kim Basinger have been engaged in since their divorce in 2002.

“I’m sorry, as everyone who knows me is aware, for losing my temper with my child,” he wrote on his website. “I have been driven to the edge by parental alienation for many years now. You have to go through this to understand. (Although I hope you never do.) I am sorry for what happened.”

But then, just last year, the 52-year-old actor was embarrassed once again after Ireland called police and told them she was worried about her father.  Baldwin was subsequently rushed to the hospital by paramedics. His rep later shrugged the incident off as a “misunderstanding.”

Now the past is the past with them and Baldwin speaks fondly of his daughter and says that he’s excited to spend some alone time with her.

Rebecca Gayheart With Her Daughter Billie At The Park