The Bold And The Beautiful (B&B) Spoilers: Sheila Protects Deacon Or Throws Him To The Wolves? 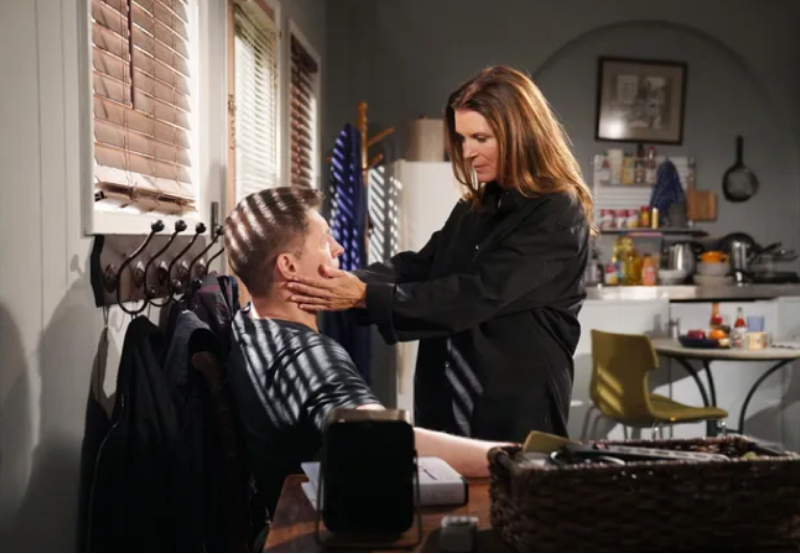 The Bold and the Beautiful (B&B) spoilers document that TPTB created a great Halloween episode that honored Kimberlin Brown’s (Sheila Carter) thirtieth anniversary on the show. Deacon Sharpe (Sean Kanan) played a prominent role in the current scenes that were included in that episode and remain Sheila’s lifeline.

It feels as though Sheila will be unable to contain her domesticated lifestyle in Deacon’s modest apartment. She is not the type to hide out indefinitely.

Sheila’s tell to Deacon, about being part of her family’s life next year, felt like a wink to the audience. She intends to make something happen.

The Bold And The Beautiful Spoilers – Date Night At Il Giardino

It was an arguable stroke of genius to pair Kanan with Brown. Both are great actors, with that alone being a reason to do so.

Their enduring characters have crossed over to and from B&B and The Young and the Restless. The commonalities Deacon and Sheila share made them a natural pairing, though Kanan’s character initially feared being associated with Brown’s infamous alter ego.

Deacon is teased to take Sheila to Il Giardino for an after-hours get-together. Their relationship has become more than friendship, with both parties appearing to genuinely fall in love with each other.

Deacon was living cleanly for a while. But his brutal physical fight with Ridge Forrester (Thorsten Kaye), which destroyed the storage room apartment, could have put Deacon back in prison.

Kanan’s character was fortunate his enemy, Ridge, did not push that matter with Deacon’s parole officer. The fight happened because Ridge believed Deacon was making a play for Brooke Logan Forrester (Katherine Kelly Lang), who has since left.

The choice to harbor Sheila is reckless. It should also prove unforgivable when those who care about Deacon, meaning Brooke and their daughter, Hope Spencer (Annika Noelle), inevitably learn the truth. 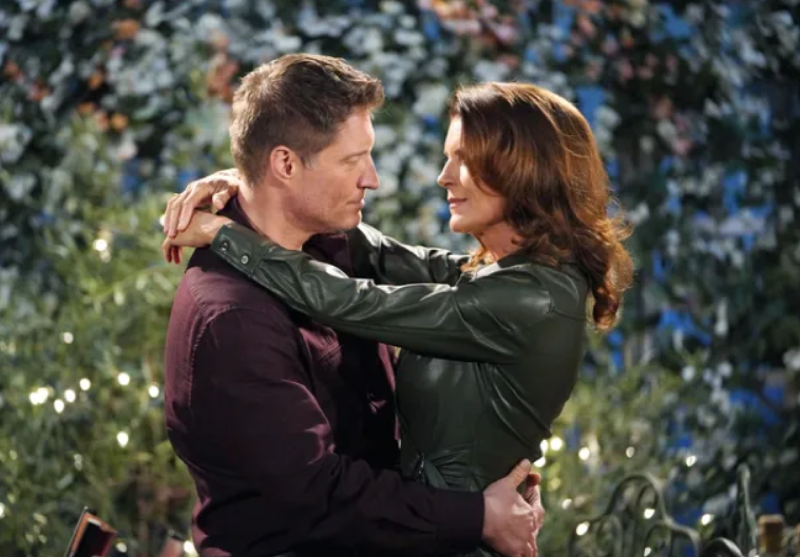 Sheila could have been caught by her son, John Finn Finnegan (Tanner Novlan), when she entered the cliff house and incredibly picked Hayes Forrester Finnegan (Iliana and Vienna Norris) from his playpen.

It was too early for this part of Sheila’s storyline for the climax to happen. But it did offer a clue about what she intends to do in the future.

The Bold And The Beautiful (B&B) Spoilers: Taylor’s Desperate Choice, Does She Spoil Ridge Reunion And Expose Thomas?

Deacon sees no way for Sheila to reveal her existence without going to jail. Fans who have watched Sheila across the decades know that kidnapping and hostage-holding are part of her repertoire.

A forced reunion would fit Sheila’s pattern and, in her mind, allow time for her to plead her case on B&B.

But would she throw Deacon, the only person who is protecting her freedom, to the wolves to make that scenario happen? Of course, because she is Sheila.