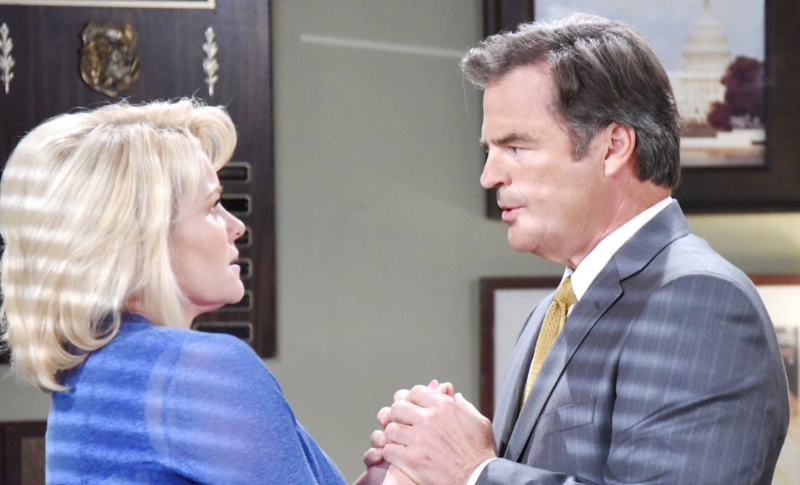 Days of Our Lives (DOOL) spoilers indicate that Bonnie Kiriakis (Judi Evans) will punch Xander Cook (Paul Telfer) in the gut when she realizes he is who kidnapped her. Justin Kiriaki (Wally Kurth) may want to send Xander to prison, however, has Bonnie revealed Susan Banks’ (Stacy Haiduk) kidnapping?

Days Of Our Lives Spoilers – Xander Cook Has A New Enemy

Days Of Our Lives spoilers reveal that Xander had never had an issue with Justin until recently. Now that he has kidnapped Bonnie that is a game changer. Justin loves his wife and isn’t about to let anyone mistreat her, including the criminal of the Kiriakis family. Bonnie will point the finger at Xander eventually as her kidnapper.

Once Bonnie realizes the truth, she’s going to want to confront Xander because that is who Bonnie is. Bonnie will punch Xander and give him a piece of her mind, and Justin will light into him as well and probably threaten him with jail time and much more. However, there is still the fact that Xander also has another hostage. Can Bonnie free Susan?

It seems that Ava Vitali (Tamara Braun) will order Xander to kill Susan and Xander may tell her he does. However, Susan will make it to E.J. Dimera (Dan Feuerriegel) before being pulled into Ava’s car in her attempt to escape E.J. Susan may, unfortunately, end up going off a cliff in Ava’s car and dying, or at least being presumed dead. 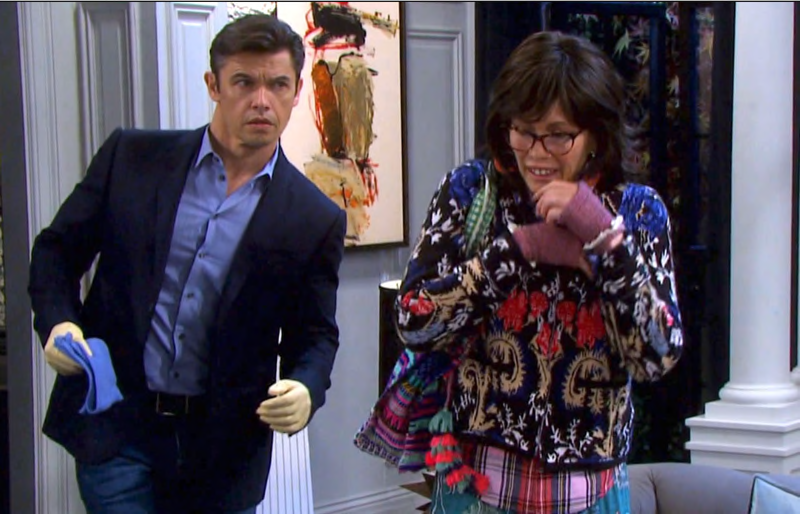 Susan’s situation may cause Justin to push harder for jail time. Xander is also likely to lose Sarah Cook (Linsey Godfrey) when the truth comes out. Will Xander go to jail for kidnapping and possibly attempted murder? Will Sarah wash her hands off Xander now that he has gone back into a life of crime, something he swore to her he wouldn’t do again?

Xander Cook Will Pay One Way Or Another

Xander will end up paying one way or another. Of course, Bonnie could testify against him that he held her and Susan hostage. However, if Susan dies, can he really be charged since she can’t testify? Bonnie may choose not to press charges because Xander needed money and she feels sorry for him. However, she doesn’t have to accept him being around.

Maggie Kiriakis (Suzanne Rogers) will undoubtedly be very disappointed. However, if Susan dies, Xander may need to worry about E.J. more than anyone. E.J. loves his mother and she would have been home if Xander hadn’t kidnapped her. Will Xander survive if E.J. learns the truth?

The Bold And The Beautiful (B&B) Spoilers: Ridge Set To Lose A Loved One – Brooke Soon Vindicated?