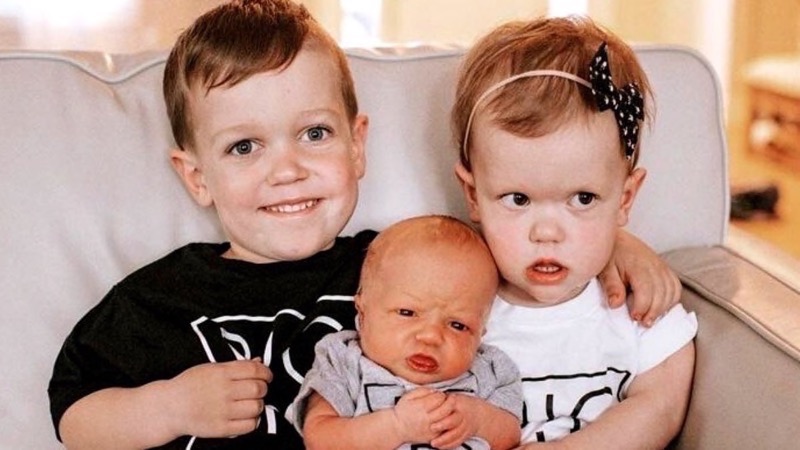 LPBW Baby Josiah Roloff Starts Revealing His Personality – PhotoLittle People Big World (LPBW) returns with Season 24 in a few weeks’ time and fans will see the arrival of Josiah Luke Roloff. Actually, spoilers reveal there’s another toxic season ahead and Josiah is part of that. If you don’t know, Zach doesn’t want Caryn Chandler to meet their new son. In the meantime,  in real life, Josiah’s growing up and he’s starting to show his developing personality judging by a photo that his mom shared.

On her Instagram, Tori Roloff keeps fans updated with her new son’s milestones. What they know is that he really loves Jackson and Lilah. However, he doesn’t sleep very well and everyone finds it a bit exhausting. He’s going on six months old now, and in the photos that she shares, the little kid looks cuter by the day, TLC fans agree. Actually, one of the favorites that she shared revealed Josiah and his sister wearing matching chicken print outfits.

LPBW fans see that as the baby grows up a bit, the family starts getting out and about a lot more. These days, they enjoy camping out in their RV exploring the lakes and wilderness in Washington. And, little Josiah goes along with them. One photo revealed him sitting on his mom’s lap while Jackson splashed around nearby. Actually, it becomes obvious that neither Jackson nor Lilah have any jealousy issues with their little brother.

On October 12, Tori Roloff took to her Instagram Stories and shared a photo of her baby boy. Clutching a toy, he looked directly into the camera with his big blue eyes. Actually, there’s a lot in the photo that mirrors his brother Jackson at the same age. Just like his brother, it certainly seems possible that Josiah will grow into a handsome and cute little toddler. Confident, and not afraid to take on challenges, it seems that the expression in Josiah’s eyes mirrors his older brother.

LPBW fans know that Josiah will be his own person. However, there is some evidence that he seems a lot like Jackson. Here’s a photo of Jackson at about the same age:

Both boys seemed to be bright-eyed, curious, and channeling their future confidence in the two photos.

Josiah, Jackson, And Lilah Save The TLC Show

LPBW fans can expect to see a lot of footage of the kids in the new season. As it seems even more toxic than season 23, it is possible that the cute kids will definitely be one highlight that makes it enjoyably watchable. Recall, last season, some critics complained that it made them experience anxiety.