General Hospital (GH) spoilers, news, and updates tease that Michael Blake Kruse, who plays the role of Rory Cabrera in the sudser, has landed a gig. The actor is heading to primetime after scoring a gig on Chicago P.D.

“It’s great to be working in the Midwest again with the incredible cast and crew of CHICAGO P.D.,” he said.

“So much to love about this city and show,” he added.

This is not Kruse’s first foray into primetime. He has appeared in several other hit primetime shows, such as Criminal Minds, Grey’s Anatomy, and Strange Angel.

Spoilers hint that Carly Corinthos (Laura Wright) may find someone unexpected during her trip. Will that somebody is Nelle Benson (Chloe Lanier)?

Fans know that Lanier has filmed scenes for her character’s brief return to the sudser. What kind of drama will she bring? In upcoming scenes, Nelle may appear in a vision for Nina Reeves (Cynthia Watros) or a nightmare for (Katelyn MacMullen). But it’s also possible for her to appear as a real person to someone and that could very well be Carly.

Brook Lynn Quartermaine (Amanda Setton) will ask a favor from Sonny Corinthos (Maurice Benard), but Harrison Chase (Josh Swickard) will not approve of her ways. Elsewhere, Ned Quartermaine (Wally Kurth) will worry about Chase and Brook Lynn’s new relationship. He’s concerned that Brook Lynn might fall too hard for Chase, only to end up getting hurt. 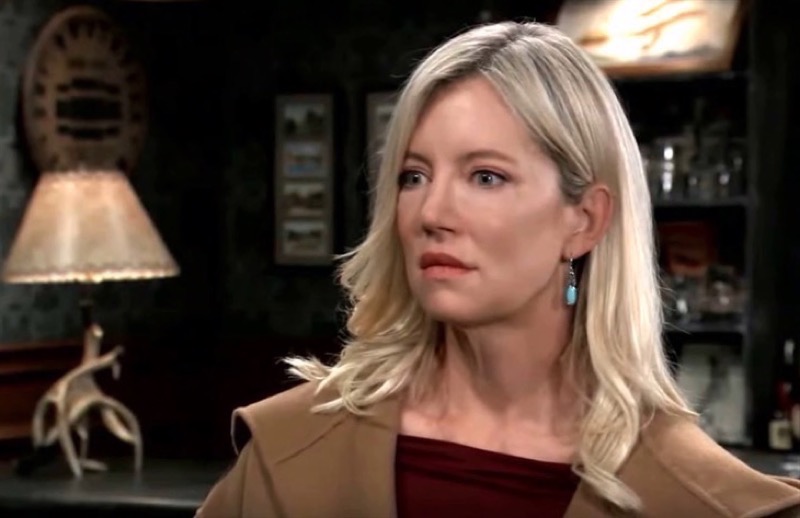 As for Sonny, he’ll grill Nina about what she knows about Ava Jerome Cassadine (Maura West) and the secret she’s hiding. Viewers know that Nina knows what Ava has been trying to hide. She knows that Nikolas Cassadine (Marcus Coloma) betrayed her for Esme Prince (Avery Kristen Pohl).

Will Sonny find enough clues to pin the blame on Nicholas? As his suspicions grow, Sonny will also find himself on Victor Cassadine’s (Charles Shaughnessy) bade side. This week, Sonny and Victor will have a meeting. Tension will rise once Sonny starts to hurl threats and accusations especially since he knows what their family can do.

Victor will act innocent and even try to blame Sonny for what happened to Ava. He may act as though Sonny isn’t a threat. But he may eventually regret not taking him seriously.

The Bold And The Beautiful (B&B) Spoilers: Sheila Disregards Deacon’s Advice – Finn And Steffy Unprepared For Next Shock

The Young And The Restless (Y&R) Spoilers: Jack Believes He Is In Control – Phyllis And Diane Fight Underestimated