The Bold And The Beautiful (B&B) Spoilers: Carter And Quinn Remember Their Affair 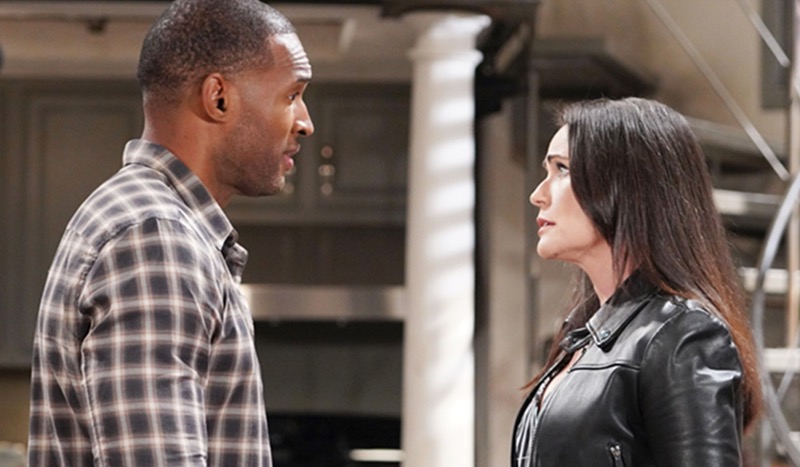 The Bold and The Beautiful (B&B) spoilers and updates tease that Carter Walton (Lawrence Saint-Victor) and Quinn Forrester (Rena Sofer) will reminisce and remember their affair in an upcoming BOLD episode!

Carter and Quinn had a very torrid affair a few months back, and they fell into it rather unintentionally. Quinn had gone to Carter to help Zoe Buckingham (Kiara Barnes) resolve their problems after Zoe had gone after Zende Dominguez (Delon de Metz) the night before their wedding. Zoe had been attracted to Zende prior to getting involved with Carter, and the attraction had been mutual but she didn’t know it until that night.

Zende had attempted to send Zoe a text about his attraction several months earlier but it had failed to send. Thomas Forrester (Matthew Atkinson) had unlocked the unsent messages and Zoe got it and went over to seduce Zende.

Then Paris Buckingham (Diamond White) had sent Ridge Forrester (Thorsten Kaye) over to the Forrester mansion when he was looking for Zende. He busted Zoe trying to seduce Zende and reported it back to Carter, and Carter was very hurt. Carter dumped Zoe, and sometime after that Quinn tried to advocate for Zoe with Carter and they started sleeping together which was when their affair started! Zoe discovered it and moved away to Europe, taking a job with a Forrester office overseas.  Now the situation has turned around where Paris doesn’t want Zende anymore and now she started an affair with Carter which Quinn doesn’t approve of and doesn’t trust Paris!

Quinn and Carter reminisce about their affair, which brings Carter to admit he still loves Quinn; and honestly, she still loves him too. But they nearly lost their jobs when Paris blabbed to Brooke Forrester (Katherine Kelly Lang) after she found out Quinn and Carter were sleeping together! Quinn chose to make her sexless marriage to Eric Forrester (John McCook) work, and neither Carter nor Quinn want to betray Eric again.

The hearts want what the hearts want, but it is difficult for them and especially Carter. They acknowledge they fell hard in love with one another during their affair and Carter especially can’t just shut his feelings off like a faucet! 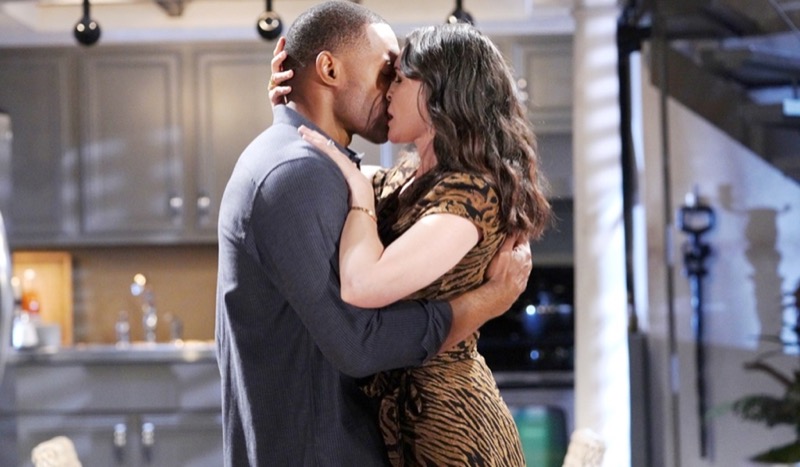 Carter tells his fears to Quinn that a spurned Paris, who he, again and again, broke up with, could tell Eric that she can tell he and Quinn have mutual feelings! It’s a reasonable assumption considering that Paris was the tattle tale both times when he broke up with Zoe and when she broke up with him. It was also Paris who tattled to Brooke about their affair and almost got them fired until Eric decided to try an open marriage.

The Bold And The Beautiful (B&B) Spoilers: Carter Realizes That Paris Is A Wild Card

Brooke and Ridge put the kibosh on that arrangement which embarrassed Eric that his impotency was no longer a secret- later finding out it was only a problem with Quinn! Carter knows he has to get over Quinn and she over him but it’s not going to be easy!

Days Of Our Lives (DOOL) Spoilers: Kristen And Jake Plot To Get Li Shin Our Of DiMera Enterprises

Will The Little Couple Cast Appear In A New Reality TV Show?