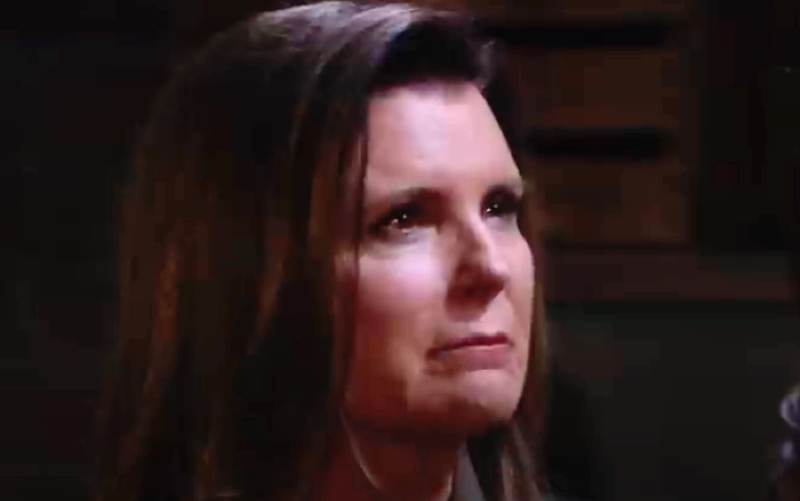 The Bold and the Beautiful (B&B) spoilers and updates tease that Sheila Carter tried to shoot Steffy Forrester Finnegan (Jacqueline MacInnes Wood) but John Finn Finnegan (Tanner Novlan) stepped in front of his wife and took that first bullet on the right side of his chest. But Sheila pulled the trigger again.

Steffy began to call for emergency help, but Sheila ordered her daughter-in-law to stop or else. Steffy implored B&B’s, no doubt about it now, the greatest of all-time villain because Finn was clearly in need of an ambulance. But Sheila had none of it.

So, Steffy was completing the call when the horrifying muffled sound of a silenced bullet was heard. The audience witnessed Steffy and Finn, who were possibly dead beside each other in the alley. A short time later, Deacon Sharpe (Sean Kanan) thankfully found this heart-warming couple covered in blood.

The Bold And The Beautiful Spoilers – The Greatest Of All-Time

There are those who refuse to call Tom Brady the greatest quarterback of all time. Sheila Carter also stabs some audience members in the heart because they reject the GOAT tag.

She is, without question, the greatest villain in the history of B&B. She arguably ranks with the worst of the bad guys and ladies who have ever darkened daytime television.

Sheila left Finn and Steffy to die. She was only concerned with her own existence, making the scene look like a robbery by taking Finn’s wallet and Steffy’s purse. Sheila also took the symbols of their wedding and other jewelry.

The Bold And The Beautiful Updates – Once Upon A Soapy Time In Genoa City, Wisconsin

Once upon a soapy time, Sheila was a nurse. She became obsessed with Lauren Fenmore’s (Tracey Bregman) husband, Scott Grainger (Peter Barton), in the early 1990s on The Young and the Restless.

Sheila went after Scott, drugged him, became pregnant with his child, and miscarried the boy. Scott left Lauren for Sheila, who did not let him know about the miscarriage.

Lauren was also pregnant with Scott’s child at the same time in the plot but kept that information from him. Sheila stole Lauren and Scott’s son and began raising him as their own. Sheila replaced Lauren’s child with a baby she bought through underground sources.

In later years, Sheila tried to kill Lauren on more than one occasion. Scott was diagnosed with a terminal illness and, as one of his dying wishes, compelled Lauren to forgive Sheila.

This written retrospective confirms that Sheila is as twisted today, after multiple stints in GC and Los Angeles, California, as she was back then. Plus, the characters on both shows believed that Sheila could change, which has repeatedly proven false and tragic. 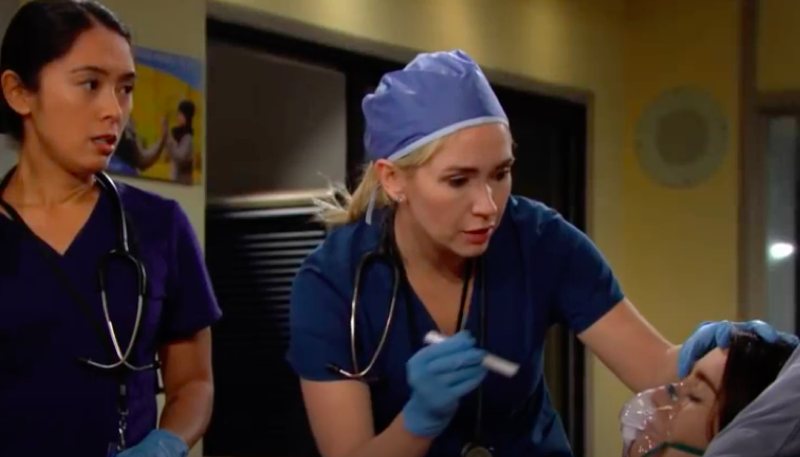 Deacon may not think of himself as a hero, but he is. He happened upon Finn and Steffy in the aftermath of Sheila’s shooting as part of his work at Il Giordino. However, he immediately called for help, which might have enabled one or both lives to be saved when they were lost.

The Bold And The Beautiful (B&B) Spoilers: Sheila Goes Into Hiding? – Finn Fights For Life

Teasers indicate that he will be in touch with Sheila, thinking that he is breaking terrible news to her. Deacon knew she was dangerous and had no idea that Sheila is far worse than he imagined.

Deacon is being established as the key link who can detect and report Sheila’s guilt unless she silences him as well.