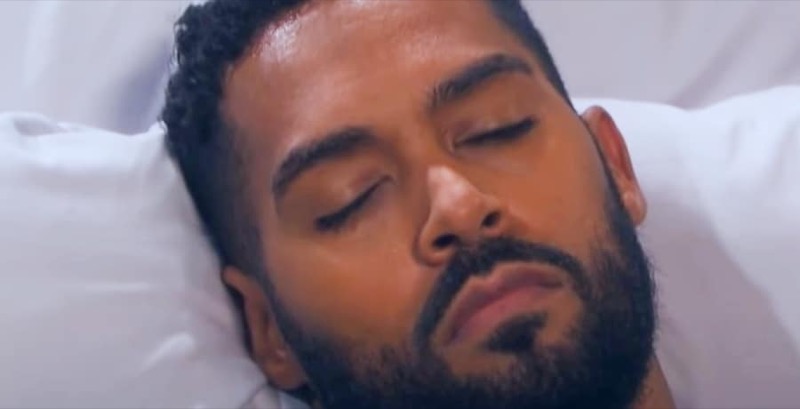 Days of Our Lives (DOOL) spoilers and updates tease that Eli Grant (Lamon Archey) will awaken from his coma and he’ll have important intel to share in an upcoming DOOL episode!

Days Of Our Lives Spoilers – Lani Grant Is Relieved And Thrilled

Lani Grant (Sal Stowers) is relieved and thrilled when Eli wakes up and has his full memories and faculties! It was touch and go for quite a while after she and Shawn Brady (Brandon Beemer) found him nearly bled out on the ground! Most importantly, he remembers everything up to when he was shot and he has important intel he wants to share!

Eli wants to talk to Shawn and Lani lets him know Rafe Hernandez (Galen Gering) is back at work since Eli’s been out of commission as well. Eli doesn’t want Lani trying to go after the perpetrator on her own, and with good reason; T.R. Coates (William Christian) is a very dangerous man!

Previous episodes of DOOL revealed Eli was following up on a lead when it all went down; Beth Howard, (Donielle Artese) had given him some information. She told Shawn that she had been T.R.’s most recent girlfriend and that he had been abusive and was still using as well as selling drugs! Eli had not been one bit surprised – there aren’t any atheists in foxholes, after all-change is something that has to be sought after and obtained. Anyone can claim they have gotten religion and are changed into men or women, but the evidence usually doesn’t line up with the testimony! Coates had tried to make nice with Eli but Eli had seen right through him and Beth confirmed his suspicions!

Days Of Our Lives Spoilers – Eli Grant Stumbled On T.R. Coates In A Drug Deal

Eli stumbled on Coates in the midst of a drug deal, and was getting ready to arrest him and bring him in when he was shot! Coates got ahold of Eli’s gun as they struggled, and he was shot at close range – then Coates shot and killed the drug dealer he’d just bought from as well. He wanted to frame the crime scene as Eli having been shot while taking down the dealer! 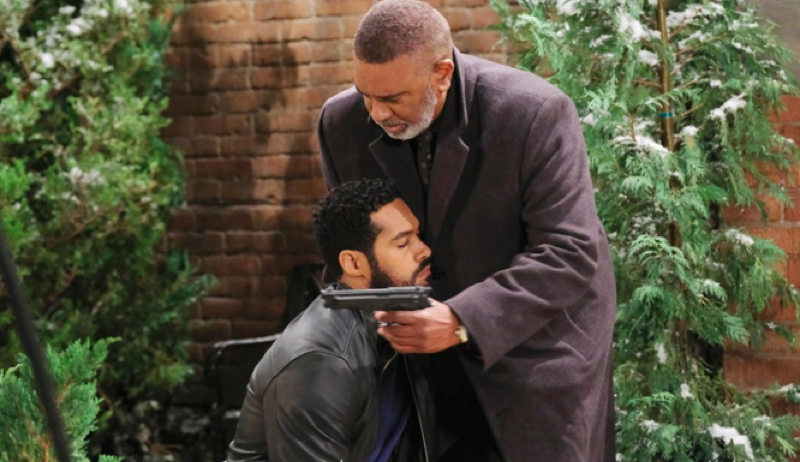 But when Shawn and Lani got to the crime scene, which had been called in, they knew Eli wasn’t there on police business and it was personal. Exactly what he had been there investigating, they weren’t sure.

Rafe arrives, and Eli and he are glad to see each other, Rafe still having been incarcerated when Eli was shot!  One of the first things that Rafe had done upon being exonerated and released was to check up on Eli. Eli has woken up with some important intel to give Rafe, which will lead to an arrest. But, first, he wants to make sure Coates is kept away from his family, including Paulina Price (Jackée Harry)! Rafe is on it as he takes Eli’s statement, which details the events leading up to his shooting and that he’s sure Coates was the shooter and the drug dealer’s murderer!