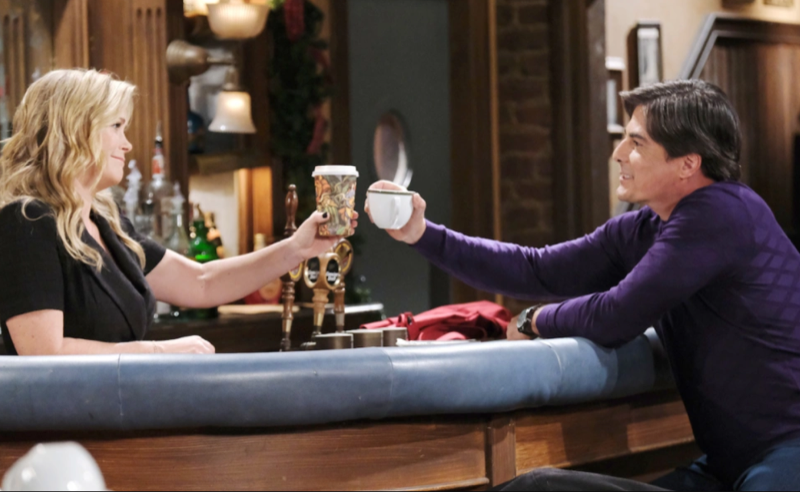 Days of Our Lives (DOOL) spoilers and updates for the week of January 3 reveals that Lucas Horton (Bryan Dattilo) and Sami DiMera (Alison Sweeney) plan their future. Sami suggests that she and Lucas leave Salem and start over somewhere else. While Lucas would be on board with this idea, will it actually happen? Or could the truth about Sami’s kidnapping be exposed before then?

DOOL spoilers reveal that Sami feels completely betrayed by EJ DiMera (Dan Feuerriegel). Even though EJ is innocent of kidnapping Sami, Lucas makes sure there is evidence pointing to his rival’s guilt. This is most likely what Lucas was doing at Kate Roberts’ (Lauren Koslow) computer at DiMera Enterprises.

Lucas is willing to do anything to prevent Sami from finding out that he is really responsible for her kidnapping. However, Lucas knows that if EJ is cleared, then Rafe Hernandez (Galen Gering) won’t stop searching for the truth. Plus, Lucas wants to be sure that he ends up with Sami. If EJ is freed, Sami will just keep going back to him no matter what he’s done. This makes Lucas desperate enough to be sure that EJ goes to prison.

Days of Our Lives spoilers reveal that EJ tries to explain he is innocent to Sami. However, she probably doesn’t believe him. Lucas will take full advantage of this and convince Sami that she belongs with him. Even though Sami thinks EJ is her soul mate, she will be vulnerable enough to take Lucas.

It is stated that during the week of January 3, Sami and Lucas plan their future together. It is also confirmed that Sami suggests to Lucas that they leave Salem together. So, it sounds like Lucas manages to keep his secret under wraps. Plus, head writer Ron Carlivati told Soap Opera Digest that EJ goes to trial for the kidnapping. So, this storyline will last a while longer. 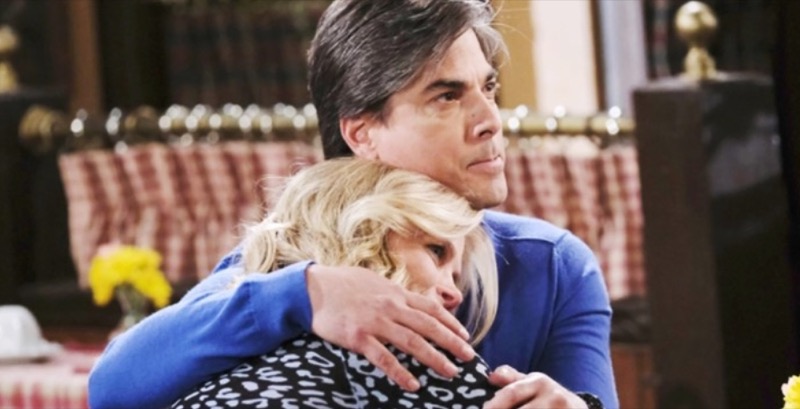 Belle Brady (Martha Madison) represents EJ at trial. This causes some problems between Sami and Belle. So, at this point, Sami still thinks EJ is guilty of her kidnapping. It is teased that there is some drama that happens during the trial, which must be the truth finally coming out. EJ already suspects that Lucas is framing him.

Will EJ and Belle find evidence proving Lucas is guilty? It sounds like it, but what does this mean for Sami’s future? Sweeney is due for another exit, so that makes it hard for “Ejami” to reconcile again. We will have to keep watching the NBC soap to find out what happens next.