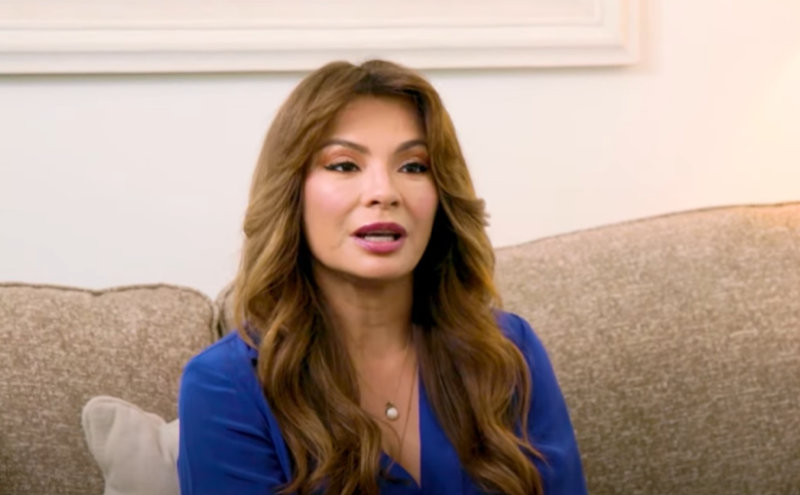 General Hospital (GH) spoilers and updates tease that Lilly Melgar, a veteran of the daytime drama, has suffered a personal loss. Melgar took to Instagram to share what she’s been through.

Fans may recall Melgar as Lily Corinthos on General Hospital. Some may recognize her, too, from The Bold and the Beautiful, where she played Claudia Cortez.

The actress shared that she lost her beloved chicken. “Absolutely heartbroken … I LOVED my Karmen ….” The actress said. “Those close to me knew how I adored her … as @jessica_jimenez_freer said to me when first meeting her ‘You mean to tell me this whole time we all thought you were a Ginger but in reality, you’re really a MaryAnn?!?!’ (In reference to Gilligan’s Island lol),” the actress continued.

Melgar thanked her beloved chicken for opening and filling her heart with joy. She also said that Karmen had the best personality and that she’ll be sorely missed.

Fans may recall that Melgar exited the soap when her character, Lily, who was then pregnant with Sonny’s child, got into the latter’s car. She was unaware that the vehicle was booby-trapped with a bomb, which led to her demise.

After her stint at General Hospital, Melgar landed a role in The Bold and the Beautiful. The actress also appeared on the Amazon Prime series The Bay and Peacock’s Kenan. 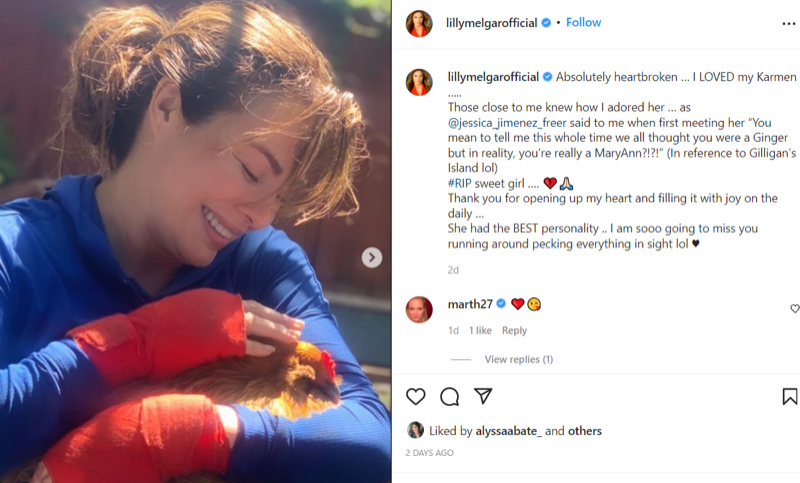 As for Sonny Corinthos (Maurice Benard), he’ll have to face the consequences of keeping his romantic relationship with Nina Reeves (Cynthia Watros) a secret. His love affair with Nina has been revealed after Willow Tait (Katelyn MacMullen) took the stand.

Scott Baldwin’s (Kin Shriner) court strategy was a success since he managed to force Willow to reveal Sonny’s Nixon Falls secret. Everyone in the courtroom was left in shock after the revelation.

Now, Sonny has no choice but to answer the questions thrown at him in the courtroom. Aside from that he also needs to face the wrath of Carly Corinthos (Laura Wright), who will surely be furious after learning about what happened between him and Nina.

Scott may finally be able to get Nina’s case thrown out this week. However, she’ll also have to deal with Carly’s anger once the court drama is over.