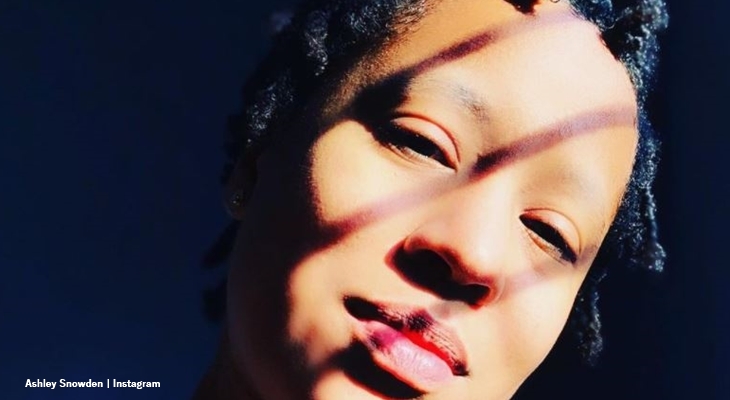 Seeking Sister Wife fans first met Ashley Snowden and her husband Dimitri in Season 1 of the TLC show. At one stage. they married Vanessa Cobbs, but that flunked out. In Season 3 things turned ugly, and it’s not clear that they return for a fourth season. Actually, Season 2  might have caused the long hiatus between Season 2 and Season 3 as Bernie McGee died of a heart attack. Now single, Ashley posted up some throwback photos of her daughter Nari on the occasion of her fourth birthday.

Dimitri came along with an interesting career. He specializes in ontological architecture. In other words, he analyzes and fuses human behavior with modern technology. Well, perhaps he should have analyzed his own behavior in Season 3. The couple brought in Christeline who hailed from South Africa. It all fell apart when she accused him of physical abuse between the sheets. Additionally, she claimed that Ashley shoved her around. fans called for their cancellation.

Seeking Sister Wife Season 3 came with some controversial new couples, including the Joneses and the Merrfields. However, the controversy over the accusations by Christeline stole the attention of fans. The court found Dimitri not guilty due to a lack of evidence, but he soon got rid of Christeline and announced that he divorced her. Later, Ashley told fans that she and Dimitri split. Of course, that fueled rumors that there was some truth to the story.

TLC fans always felt sorry for the kids as the couple was forever bringing in other women to try and increase their polygamous family. Well, they seem like cute enough kids, and sometimes Ashley shares about them. The couple raised three children: daughter Nenú, son Nío, and daughter Canaria. Canaria a.k.a Nari turned four and Ashley described her as the boss of the family.

The Seeking Sister Wife star posted up one new photo and the rest were throwbacks through the years. In her caption she wrote, “I cannot believe my last baby, the one who runs things in my household—not even gonna front— is FOUR YEARS OLD!” Her mom added, “She’s such a confident [kid], determined, loving but will speak her mind and keep it real, little Sagittarius!” She also claimed, “I could feel her fire even when she was still in my womb and I thank God for the power she has in her voice. She will never be silenced!”

Seeking Sister Wife fans took the comments and one of them said, “Omg happy birthday beautiful she is a burst of sunshine ☀️ God Bless.” Then another one wrote, “The sparkle in her eyes is wonderful. Happy birthday to your littlest little.”

The Young And The Restless Spoilers: Abby Chancellor’s World Is Turned Upside Down, But Not For Long