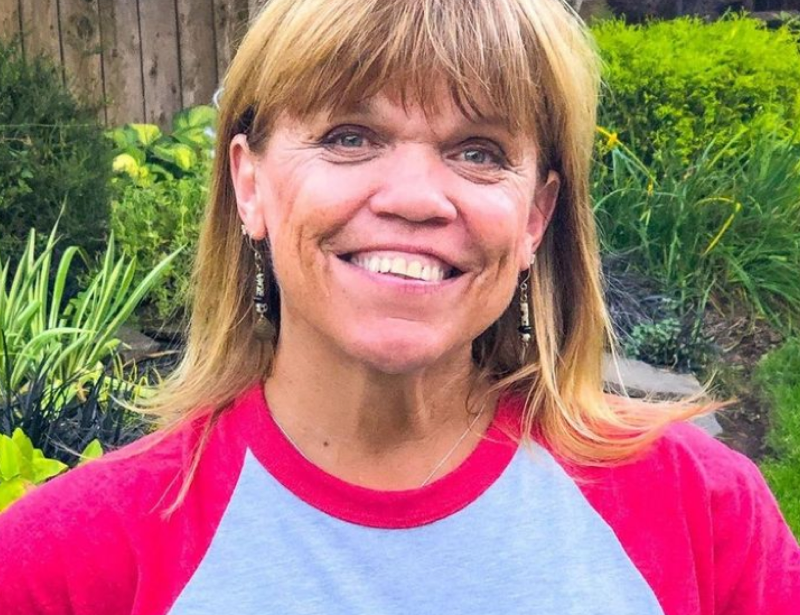 Little People, Big World fans started harassing Amy Roloff about changing her name even before she married Chris Marek at the end of August this year. First, they asked her if she will change her name. However, by the time she married Chris, they started demanding that she do it. For many TLC fans, as she took Matt’s name when she married him, they feel she no longer has the moral right to the name of Roloff. Amy outright ignores all of the comments on social media. Here’s why we think she probably keeps her name the way it is.

When Amy planned her prewedding celebrations with friends, fans asked about her considering becoming Amy Marek. When Amy and Matt married in 1987, she dropped her maiden name of Knight. After they divorced in 2016, she retained the name of Roloff. Well, these days, it’s not so important for women to ever take on the surnames of their husbands. Firstly, it’s not a legal requirement that they revert to their maiden name after a split. Additionally, it’s not a legal requirement that newly married women take on their husband’s surname.

In the case of Amy from Little People, Big World, when she married, it was almost unheard of for women to break away from the tradition of the church. The various Christian churches view the woman as the property of their fathers. That’s why, to this day, most often the father will give away the bride during the wedding.  Of course, these days, many women hate the idea of being the property of anyone but themselves. However, in Amy’s case, because of her divorce from Matt, many folks think she should have reverted to Knight or at least become Mrs. Marek.

Little People, Big World – Why Amy Might Not Change her Name

This weekend, Amy and Chris went off to Hawaii to enjoy their honeymoon. While most folks wished them a wonderful time and a happy life, others complained. More demands streamed in about the name change. Fans want her to do the right thing and drop Matt’s surname. Well, as she steadfastly ignores them, perhaps she simply won’t. One of her issues might be that she spent many years building her brand around the Roloff name. In the entertainment world, a brand image becomes all-important. 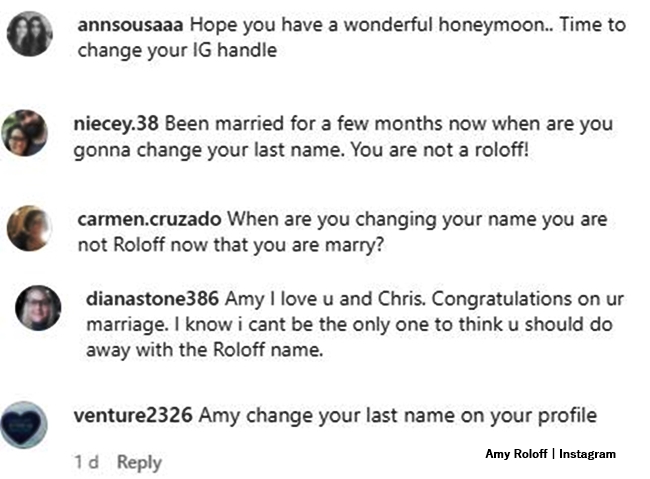 The Little People, Big World star wrote her book under her Roloff name. Plus, she’s a recognized speaker of that name. Her Little Kitchen products revolve around the name of Roloff, as does her TV show. Additionally, she’s the mom of children with the same surname. If it were the other way around, fans would pester people like Jeremy and Zach to drop their Roloff name and take on the name of their wives. Really that seems a bit outdated these days. Besides, it’s not like Matt has a patent on his surname. One thing about Amy that fans know, is that she won’t be bullied.

Compromise On A name

Little People, Big World fans and media outlets don’t yet know if Amy might later compromise and perhaps become known as Amy Rolff-Marek. However, that’s a real mouthful. Sooner or later, no doubt, media tabloids start calling her Amy Marek, and we predict folks, that that’s as close as you’ll come to see her go with that name. What do you think? Sound off in the comments below.

Royal Family News: Meghan Admits She Did Help With Biography Despite Numerous Denials