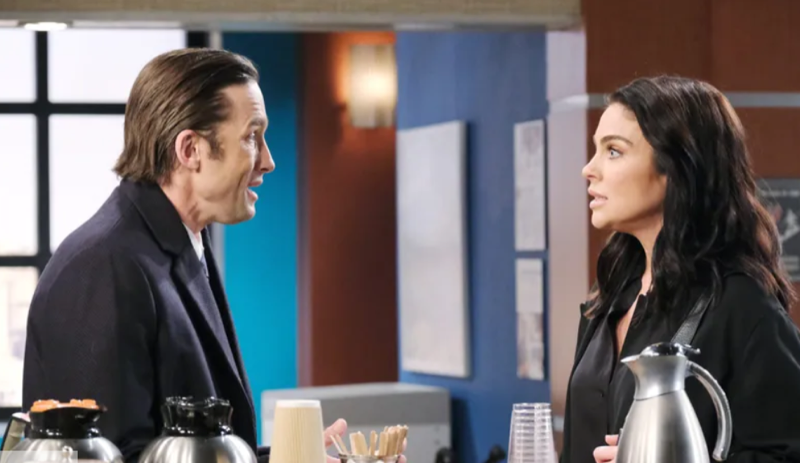 Days of Our Lives (DOOL) spoilers and updates tease that Philip Kiriakis (Jay Kenneth Johnson) nearly lost Chloe Lane (Nadia Bjorlin). After his Pennsylvania hotel raid, Philip reined in his jealousy. Right now, he is Prince Charming – saying all the right words and doing all the right things. However, it doesn’t last long. Philip explodes over Chloe’s “betrayal” during the week of October 11.

DOOL spoilers reveal that Philip kept suggesting that Chloe give him another chance. The former Ghoul Girl kept saying no and actually had romantic feelings for Brady Black (Eric Martsolf). However, when Jan Spears (Heather Lindell) held Chloe and Claire Brady (Isabel Durant) hostage, Philip swooped in to save the day. That is when Chloe became smitten by Philip’s heroics and ultimately chose him in the love triangle.

However, Philip can’t curb his jealousy and it was only getting worse. At one point, Brady and Chloe were traveling to New York for Basic Black. When the plane was grounded, they were forced to get a hotel but there was only one room available. Not only that, but the room only had one bed. Rather than having Brady sleep on the chair or floor, Chloe decided to share the bed knowing that nothing would happen.

Of course, Philip just had to burst in the door at that precise moment. The Titan CEO’s hotel raid was not appreciated and it nearly ended the relationship. 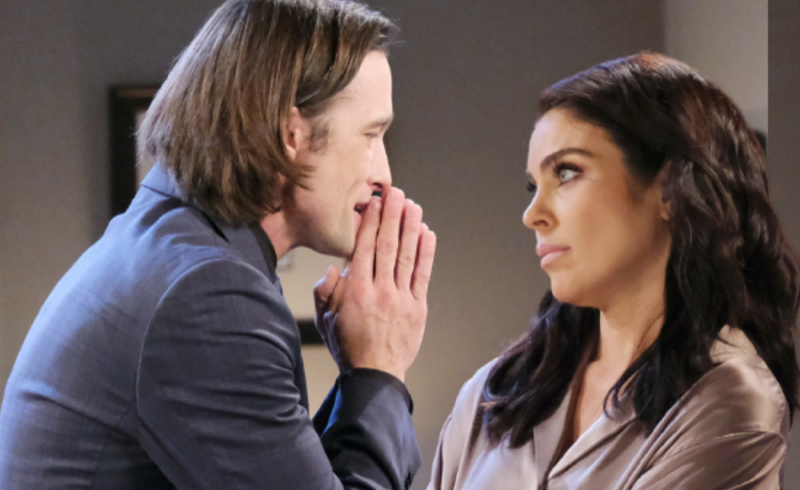 After the hotel bust, there was some distance between Philip and Chloe. Not wanting to lose her, especially to Brady, Philip tried to rein in his jealousy. The CEO also began giving Chloe thoughtful, sentimental, and meaningful gifts – such as the sapling to replace the one from their teen years. Philip took Chloe on picnics and even invited Brady to dinner.

The Titan CEO tried the best he could to turn over a new leaf. Unfortunately, the jealousy never went away. It simply sat underneath the surface. What began as a slow boil will eventually erupt like a volcano.

Days of Our Lives spoilers reveal that Philip will once again find Brady and Chloe holding each other. As usual, Philip will overreact and assume Chloe is cheating on him with Brady. Most likely, they are comforting or consoling each other.

This could be directly related to Marlena Evans (Deidre Hall) being possessed by the devil again. Brady might not realize Marlena’s problem is demonic, but something is definitely wrong with her. Brady is very close to his stepmother, so he would take that kind of news hard.

Of course, instead of asking what is going on, Philip explodes in a rage. Usually, his fury is directed at Brady. This time, it is suggested that Philip might unleash his rage at Chloe. The CEO accuses Chloe of betraying him and completely loses control. The opera singer has dealt with Philip’s jealous outbursts before, but this could finally be the last straw.

In fact, Chloe will end up accepting an invitation to join Brady and Rachel DiMera (Finley Rose Slater) on a fall outing. While Philip might not be an issue anymore, Chloe will have to deal with someone far more dangerous… Kristen DiMera (Stacy Haiduk).