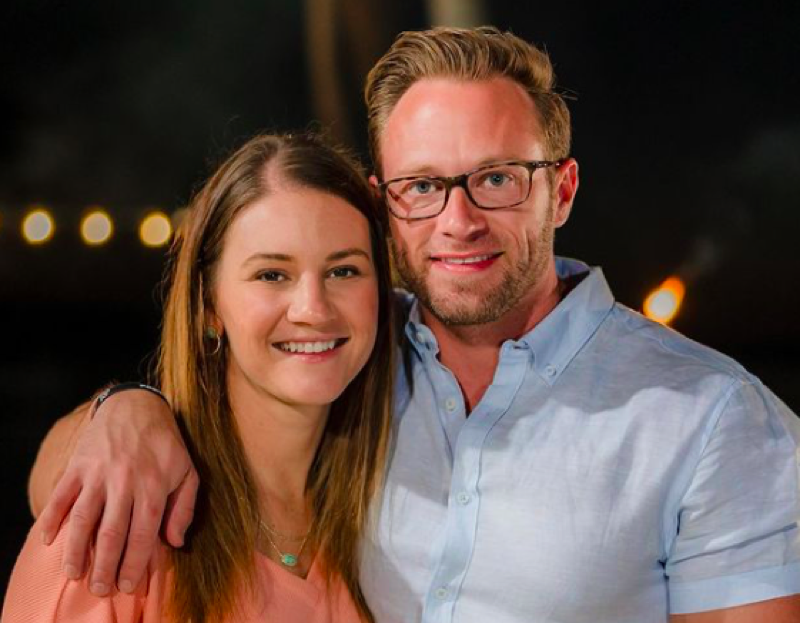 OutDaughtered spoilers and updates tease that fans often see Adam Busby talking about how he gets up really early and goes to work out in the gym. He even beats the quint Riley out of bed in the mornings. Well, on Sunday, May 9, he wakened very early, before the kids and Danielle so he could spoil his wife on Mother’s Day. Actually, the quints seemed very pleased with his efforts as well.

When Adam Busby hurt his leg last year, fans saw that he slowly started working out again. During the discussions about it, he revealed that he wakes up very early. He doesn’t gym in the house so he heads out while the kids and Danielle still sleep. Sometimes, when he gets back, the quints are just starting to wake up. Well, taking to his Instagram Stories he said he got up and he made breakfast. Actually, he mentioned that quints just started to wake up.

The OutDaughtered family always goes all out for Danielle on Mother’s Day. You see, it’s so special to her. Almost every year she talks about her infertility on her blog or on Instagram. Actually, some TLC fans don’t know that she struggled with fertility before Blayke arrived. The problem persisted after that, so she got help from a fertility clinic and the quints happened. Now, she loves being a mom to six beautiful daughters.

Adam revealed a series of clips of his breakfast that he rustled up. He made some French Toast and told his fans it’s Danielle’s favorite meal. The OutDaughtered dad also pointed out that he set out her presents for her. Next, he revealed that he prepared some strawberries and placed them in a bowl. Finally, just as he finished arranging the strawberries and cream on the French Toast, the quints arrived.

The OutDaughtered quints certainly seemed impressed with the special breakfast. Next, he showed the quints the special tray of food he prepared for Danielle. Maybe he took it up to her to enjoy in bed! Additionally, a pretty rose sat next to her French Toast and strawberries. As his Stories continued, he revealed that the family went out after the special breakfast.

OutDaughtered Updates – Lovely Day And Then A Quiet Time

One clip that Adam shared revealed Danielle dancing with her daughter Blayke. Then, when they finished up their outing, they returned home. There, one by one, the kids fell asleep on the couch. Adam and Danielle sat back and enjoyed some beautiful music in the quiet of the evening. It certainly looked like Danielle enjoyed a wonderful Mother’s Day as Adam went all out for her.

Days Of Our Lives (DOOL) Spoilers: Dr. Snyder Pushes Gwen To Be Honest