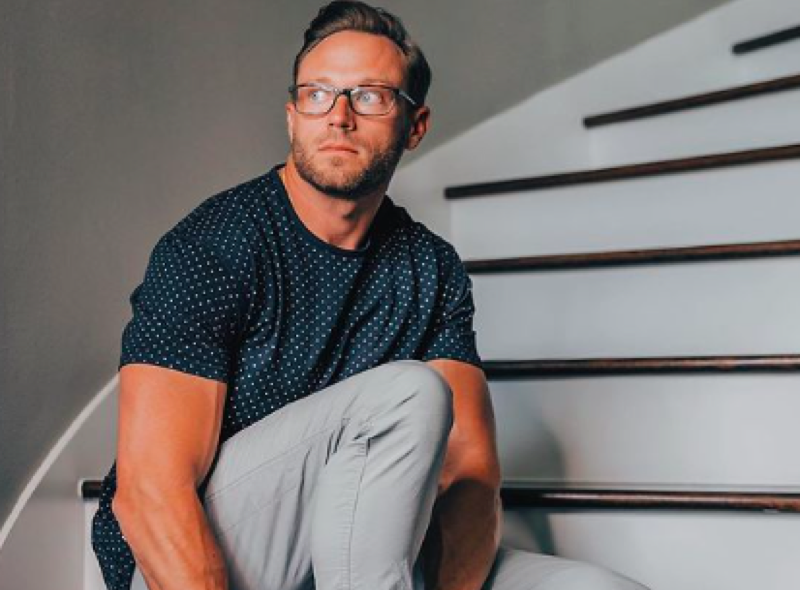 OutDaughtered spoilers and updates tease that Adam Busby looks after the girls at the moment as Danielle went off for a break with some besties. While some fans think that seems a bit odd, clearly the OutDaughtered dad has a lot of experience being a father. Many TLC followers think it’s great that the couple planned their time so she could relax. Danielle arranged a lot of things before she left. However, it looks like she didn’t pre-cook meals. So, Adam took the kids out for a meal. Some followers laughed about eating creepy crawlies and gumbo.

OutDaughtered Spoilers – Adam Busby Takes All The Girls For Dinner

While TLC fans see that Riley ended up at ER, that never happened this week. It actually happened in January when the quint fell in the bathroom while dancing. So, Danielle never abandoned the quint at a bad time. After all, the show was filmed a long time ago. Dad Adam did get a call from the school though as Parker was a bit feverish. However, by the time he picked her up, she seemed better. So, they enjoyed a bite to eat. Later, he took all the girls, including Blayke out for dinner.

With Danielle off with friends in Michigan getting some downtime, Adam Busby risked taking the girls out for crawfish. It seems that Danielle likes the creepy crawlies but not the mess that comes with eating them. The OutDaughtered quints also seem to enjoy the tasty meal. In fact, Adam seldom misses a chance to eat them Louisiana style. Bear in mind, both he and Danielle live in Texas but they came from Louisiana. 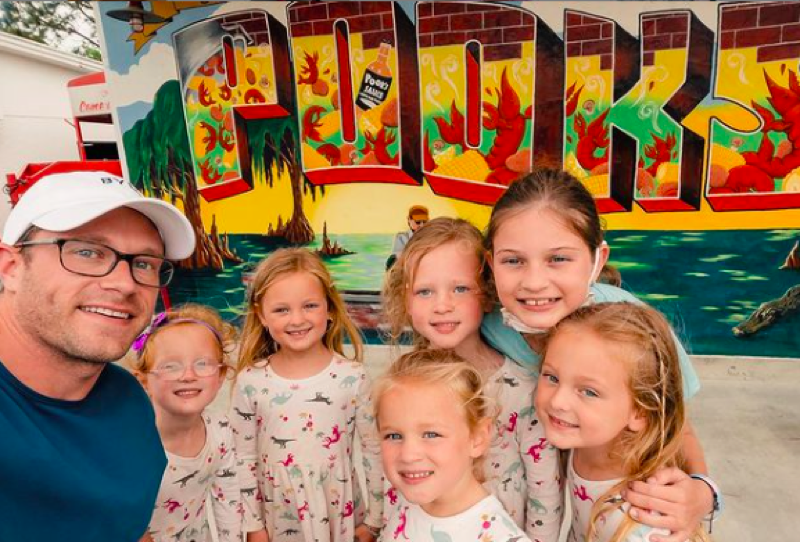 Adam Busby not only braved the messy meal, but he took the quints for dinner in white-colored clothing. TLC fans agree that he’s way brave. One of them commented on Instagram, “Dresses survived the gumbo but you have a stain on your shirt dad.” Well, he denied it and claimed it was just “a shadow.” Clearly, fans scanned the photo for signs of messy gumbo on their dresses. Another one said, “And with white dresses!! Impressive!.”

One fan of Adam Busby agreed with Danielle that the creepy crawlies taste delicious but the mess just isn’t worth it. Chatty, Adam replied to a lot of comments and told his followers the family enjoyed the “best” time out. People who live in the northern states don’t seem so keen on eating creepy crawlies so Adam told them they need “some spice in life.”

OutDaughtered Updates – Fun Night Out For The Kids And Their Dad

The OutDaughtered dad and the kids certainly don’t mind creepy crawlies or the possibility of gumbo stains. Probably, before Danielle returns from her girl time, they eat some more of them. Hopefully, Adam also attends to the laundry in her absence.

Remember to check back with us often for more OutDaughtered spoilers, news, and updates from Adam Busby.

The Bold And The Beautiful (B&B) Spoilers: Will Deputy Baker Believe That Bill Killed Vinny?