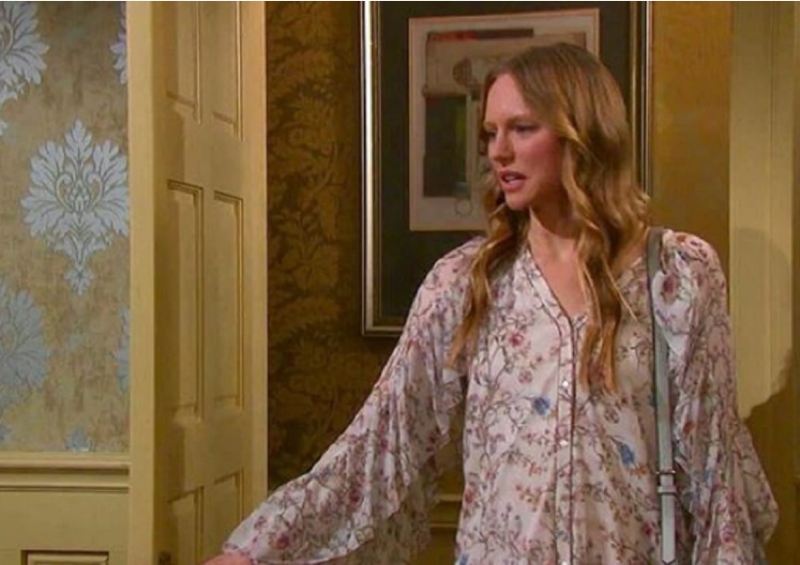 Days of Our Lives (DOOL) spoilers and updates tease that Abigail DiMera (Marci Miller) will shock Chad DiMera (Billy Flynn) and Gabi Hernandez (Camila Banus) in an upcoming episode of Days of Our Lives!

Days Of Our Lives Spoilers – Abigail DiMera Has Had Enough

Days of Our Lives viewers will remember that Abigail’s half-sister, Gwen Rizchech (Emily O’Brien) has made Abigail’s life a pure living hell for months. It was insult added to injury to find out that Gwen was really her half-sister after her grandmother Laura Horton (Jaime Lyn Bauer) showed up in Salem and explained to Abigail, Jack Deveraux (Matthew Ashford), and her mother Jennifer Deveraux (Cady McLain) who Gwen was and that it was her who’d paid her mother off for all those years.

Abigail has been through the mill, from the start when Gwen was revealed to have been the one who drugged her drink at Julie’s Place, putting her back in a mental health facility in Florida for several months, and not being believed when she accused Gwen of murdering Laura! Abigail has been feeling that their father, Jack, has been favoring Gwen over her and when he and Chad believed Gwen over her again when Gwen fell down the stairs and miscarried, it has turned out to be the last straw!

Days of Our Lives viewers know that Gwen’s miscarriage was not caused by the fall down the stairs, but from where Jack and Chad were standing, it certainly looked like she could have been pushed by Abigail, causing her to lose her footing. The two women had been struggling at the top of the staircase and Abigail had grabbed Gwen by the wrist and then let go suddenly, and Gwen tumbled down to the bottom of the staircase. 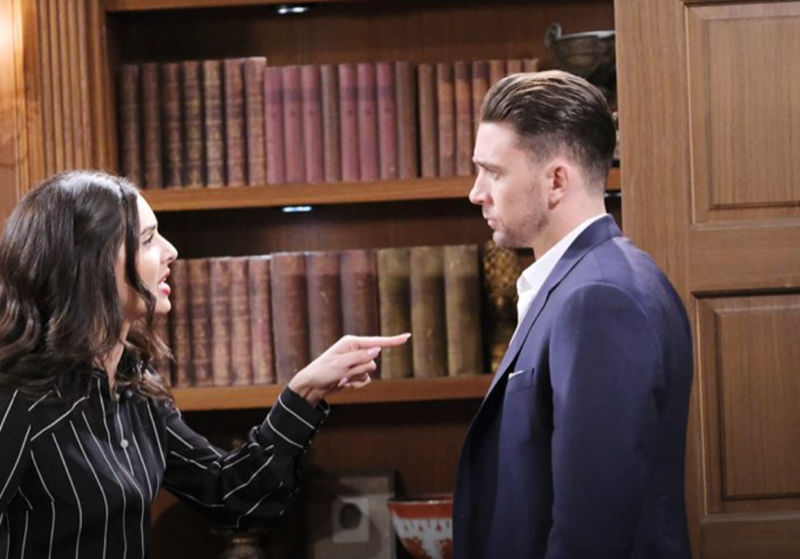 Although Abigail and Gabi did reconcile to the point of cooperation over putting Gwen in the wine cellar a few weeks ago, they are far from being best friends like they used to be. Gabi is likely to be in the DiMera mansion and witnesses Abigail as she talks about her shocking decision to Chad.

Abigail is giving up and moving out – and says an emotional goodbye to Chad. It seems plain to Abigail that her father and brother have both abandoned her in favor of Gwen, and may even be planning to divorce Chad. Whether the frustrated young mother will be taking their young children along with her is a question, but she is in such an angry and frustrated state she may intend to take the little ones with her, in particular if she is joining her mother and uncle.

Days of Our Lives viewers will recall that Jennifer has been gone since shortly after Laura died, and she and her brother have been handling their mother’s estate, which in the case of an unexpected death like Laura’s can take several months. Abigail may not trust either Jack or Chad to take care of her children, and certainly not Gwen! This may be the first time Gabi has heard about Gwen’s fall down the stairs and that Chad and Jack had blamed Abigail, and that may be shocking to her, especially since secretly she wouldn’t have put it past Abigail to push Gwen down the stairs to cause a miscarriage!

The Young And The Restless (Y&R) Spoilers: Victor Newman Holds The Key To A Long Held Secret

Long-Distance Trekkers Welcomed Back To The Appalachian Trail