General Hospital (GH) spoilers and updates tease that Danny Morgan (Porter Fasullo) loves his parents. Sam McCall (Kelly Monaco) is a private investigator. She is a strong independent woman. Jason Morgan (Steve Burton) is the right-hand man of Sonny Corinthos (Maurice Benard). He is loyal to the ones that he cares about. Sam and Jason have loved each other and found a way to come back together against the odds. It seemed that nothing could break them apart.

Sam was relieved but the incident made Sam realize that Jason’s lifestyle was too dangerous for her family. She broke up with Jason. Recently Danny told Jason that Sam had been crying at night. Danny wants his parents to be happy.

Recently Sam decided that she wanted to get back to being a private investigator full time. She bought out her partner Curtis Ashford’s (Donnell Turner) part of their shared PI firm. She has been spending time with Dante Falconeri (Dominic Zamprogna). Sam and Dante have friends and family that they share. 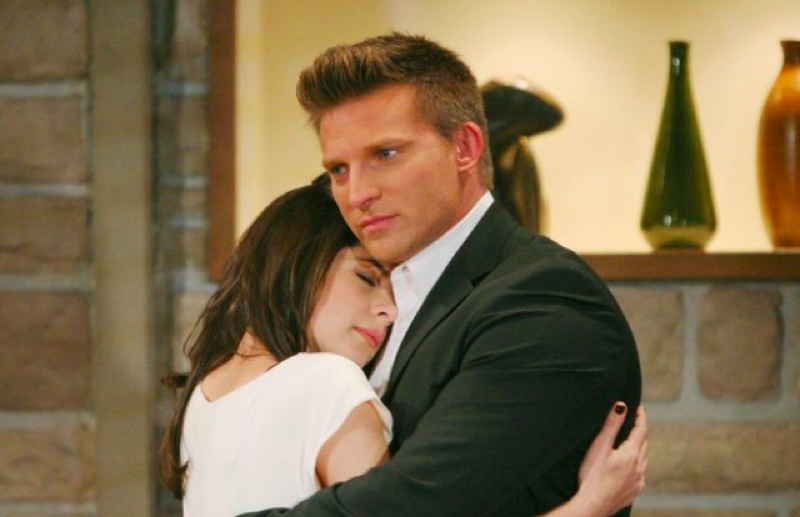 Sam has wanted to make sure that Dante recovered after her mother Alexis Davis (Nancy Lee Grahn) accidentally attacked him. Dante was a police officer for the Port Charles Police Department. He left on a mission which left him with PTSD. He went away to get help but has returned. Sam may want Dante to join her in her PI firm. Could Sam and Dante get close because they work together? What could Danny do to stop them from getting close?

Jason has had to take over Sonny’s organization. Sonny is presumed dead from falling from the bridge into the cold river in New Jersey. Jason is trying to stop Cyrus from taking over the criminal underworld of Port Charles. He is working with Dr. Britt Westborne (Kelly Thiebaud) to try to stop Cyrus. She agreed to help Jason because Cyrus tried to have her best friend Brad Cooper (Parry Shen) killed. Britt is the Chief of Staff at General Hospital. Cyrus became the Chairman of the Board at General Hospital to use the hospital as a front for his criminal operations. Could Britt and Jason get close as they investigate Cyrus? Could Danny become a target of Cyrus if he finds out that Jason and Britt are investigating him? Would the danger to Danny bring Jason and Sam back together?

General Hospital Danny loves his family. He has a little sister Emily Scout Morgan (Ella Ramacierci) that he loves. He wants his family to be whole again. He hopes that Jason and Sam will get back together. Could Danny try to find a way to bring about a situation that would bring Sam and Jason together? Could Danny get into danger which could bring Sam and Jason together? Tune into General Hospital to find out if Danny can get bring Jason and Sam back together again.