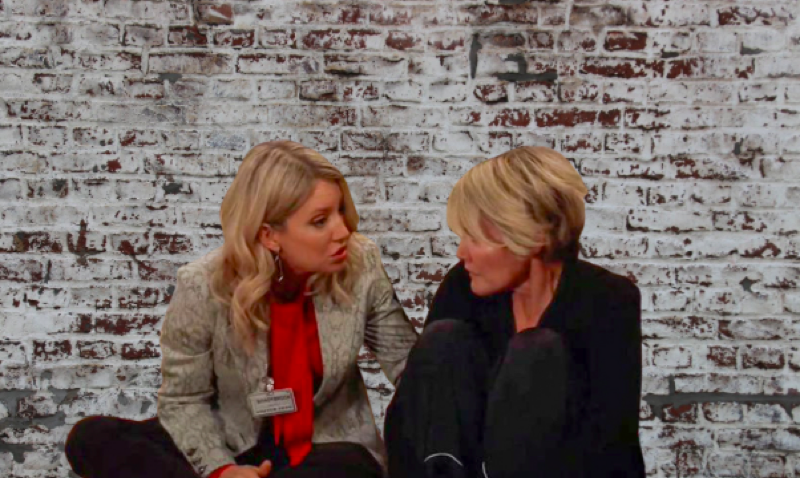 General Hospital viewers will remember that both Nina and Ava have had their troubles with Carly! Carly has no choice now, but as long as Sonny Corinthos (Maurice Benard) was still considered to be alive and in Port Charles, it was Carly who was the driving force behind not sharing Avery Corinthos-Jerome (Ava and Grace Scarola) with her own mother! Carly would practically have done anything to get Avery away from Ava permanently!

But since the custody arrangement was not between Carly and Ava but between Sonny and Ava, Carly had to put up and shut up and hand her over! Nina is now having lots and lots of problems where Carly is concerned, over her deceptions about her birth daughter Nelle Benson (Chloe Lanier) and her death, and even more about trying to even get visitation with her grandson Wiley Corinthos (Erik and Theodore Olson)! Ironically, less than ten years ago Ava was having problems with Nina, and their rivalry over Dr. Silas Clay (Michael Easton) was the driving force behind Nina’s “assistance” with Avery’s birth. 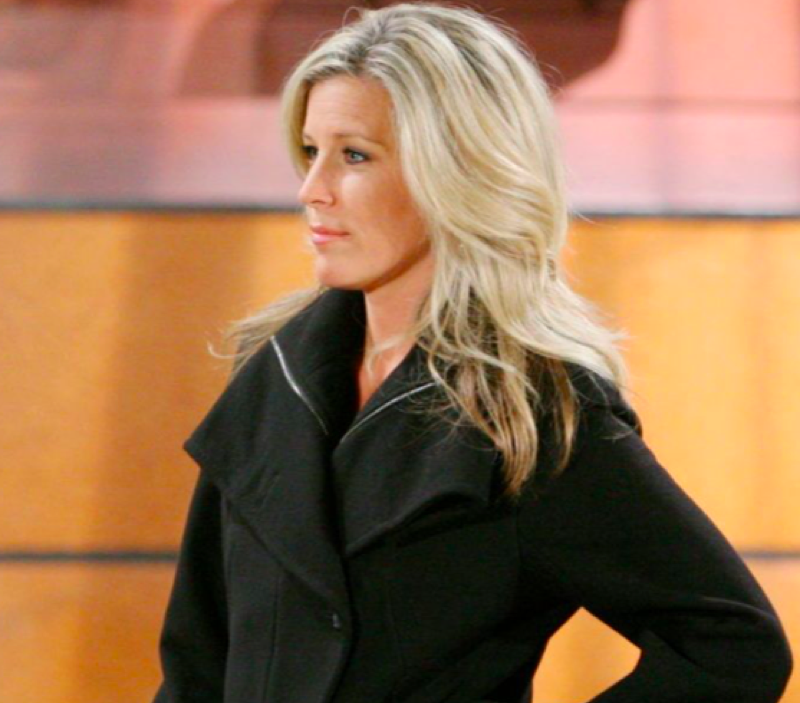 Nina had put Ava into labor with a drug and kidnapped Avery and took her to Canada! Now they are friends and talking over Nina’s current problems with Carly and possibly working out a plan with each other to help Nina fight Carly successfully because Carly is way overreaching when she is denying visitation of a grandchild – that should be Michael Corinthos’ (Chad Duell) decision and Willow Tait’s (Katelyn MacMullen) who has formally adopted Wiley. But Carly chooses to skip that part!

Ava has changed since the death of her daughter Kiki Jerome, (Hayley Erin) and is sympathetic to Nina’s cause. Both of them hate Carly and can be fierce when backed into a corner! Avery wants to spend some of her time at the Corinthos compound but Ava is afraid Carly might kidnap her! She will only allow visitation if she comes along too, and absolutely knows what Nina is up against with Carly! 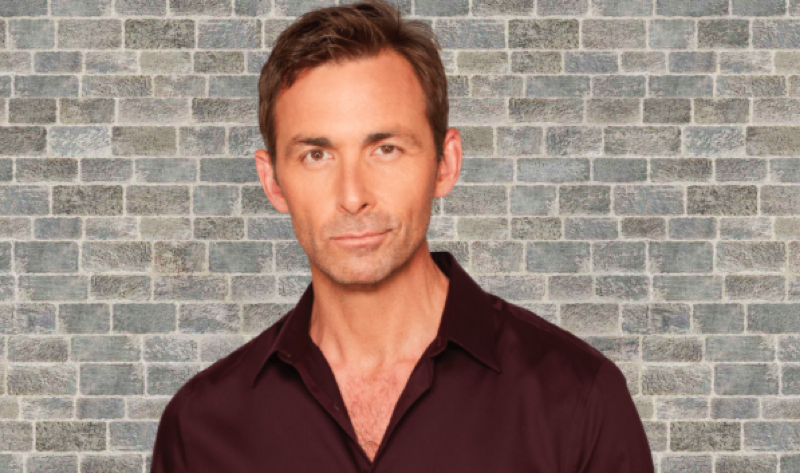 Ava tells Nina that Carly had no right to keep what she knew about Nelle a secret. Nina tells her Jasper “Jax” Jacks (Ingo Rademacher) is just as bad and tells Ava the whole sad story of what she overheard them discussing at the church at Sonny’s funeral. Ava didn’t bring Avery because she didn’t think she was old enough to understand and didn’t want the finality of his death to affect her. Nina understands why. She is glad that Michael and Willow didn’t bring Wiley to the funeral.

She didn’t exactly attend either but she looked in after she had visited Nelle in the cemetery and didn’t see the tot anywhere. He wasn’t anywhere around when everyone was laying white roses on Sonny’s “grave” either. Nina feels doubly betrayed since she thought Carly was her friend and Jax was on her side, and now she feels they have ganged up against her. Ava understands. She encourages Nina to fight Carly with every tool she has and she’ll absolutely help if she needs it!