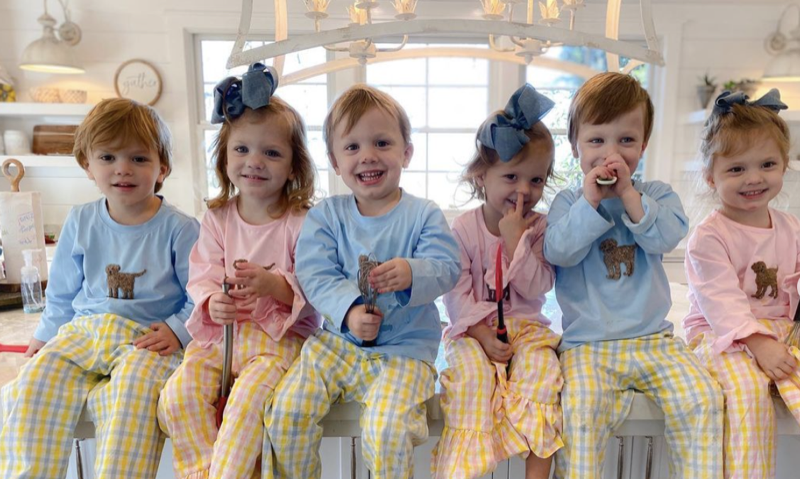 TLC Sweet Home Sextuplets spoilers and updates reveal being a mother of nine children can be tough and when you want to try new things, like baking, it can be a bit of a challenge.

One mother that is ready to try her hand at baking is Courtney Waldrop from TLC’s Sweet Home Sextuplets. She recently wanted to share some of her baking experiences on social media and was quick to ask her fans and followers just what recipes they would like to try or have tried with their kids.

When celebrities ask their fans for recipe suggestions, of course they will get a swarm of them. Courtney was happy to see her fans chipping in and giving her some ideas on how to bake for her children. Courtney posted,

“Okay, so y’all know I cannot cook but thankfully I have friends that can. The babies are on a “Big Bad Wolf” kick right now… so we attempted to make a WOLF cake. I actually thought it turned out pretty good. It tasted great and the Sextuplets had a blast so that’s all that matters!!”

The cake that she made wasn’t very realistic for a cartoon wolf cake and her fans loved it. The kids actually loved the cake and even her fans were quick to praise her for her work on it and how much attention to detail there was. They were quick to offer help and advice for other recipes that they loved to make too.

There were many Sweet Home Sextuplets fans that sent her recipes for donuts, cupcakes, brownies, and Rice Crispy treats. The options were endless for her and some of the recipes may have been messy, but Courtney said that the kids would surely love to help her with them. Some followers even sent Courtney some ideas about dirt pies and banana pudding that would surely win the hearts and the tummys of the children.

If you want to see the many recipes that Courtney’s fans sent to her, she still has the post up on Instagram and perhaps, you can get a better idea of what she plans to make next for the kids.